When Senator Gaylord Nelson (D-Wisc.) founded Earth Day in 1970, his hope was to make the environment a political issue in an era where US rivers caught on fire and thick smog choked cities.

In many ways, it worked. Since then, major environmental laws have helped clean up much of the vivid toxic detritus in the soil, air, and water in the US. But our challenges today are no less daunting. The accumulation of greenhouse gases in the atmosphere, the loss of wilderness and species, and the acidification and pollution of the oceans have all become more acute — and more destabilizing.

In keeping with the tradition started by former Vox writers Brad Plumer and Joseph Stromberg, here are seven of the most troubling, intriguing, and encouraging things we learned about the Earth since the last Earth Day.

1) The plastic problem is even worse than we thought

One of the bleakest stories of the year so far was the report of a six-ton sperm whalewashing up on the shores of southern Spain with 64 pounds of plastic in its stomach, a grotesque sign of the alarming rate at which we’re dumping plastics into the ocean. 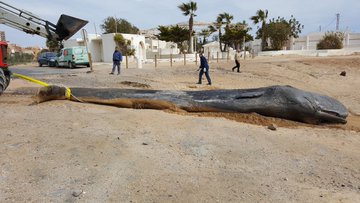 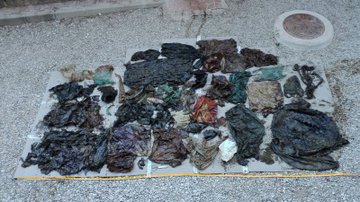 Since plastic is synthetic, there are few natural processes that break it down, allowing bags, straws, and packaging to linger for decades if not centuries. And we’re not very good at containing it to landfills. About 32 percent of plastics make out into nature, where it often end up in the bellies of fish, birds, and whales. And, as it turns out, potentially in our stomachs too.

In one investigation, the nonprofit Orb Media found plastic fibers in 83 percent of drinking water samples all over the world, with some of the highest levels in drinking fountains at the US Capitol. In a separate investigation published this year, it found microplastic particles in 93 percent of the bottled water samples it tested (250 bottles from 11 leading brands including Dasani and Aquafina).

These kinds of findings have prompted environmental activists pushing to reduce or end the use of disposable plastics. Curbing plastic pollution is a key theme in this year’s Earth Day and there’s a high-profile campaign underway to ban plastic straws in particular.

UK Prime Minister Theresa May called this week to ban plastic straws, swabs, and stirrers. Some researchers last year openly called for an international agreement to control plastic pollution. And there was one bit of hopeful news for potentially more effective disposal in the future: scientists have discovered an enzyme that can digest plastic.

Another benchmark we’re obliged to revisit each Earth Day is how many species we’ve lost forever.

In December, the US Fish and Wildlife Service declared the beaverpond marstonia, a tiny freshwater snail found in Georgia, to be extinct. The Center for Biological Diversity called it the first species declared extinct under the Trump administration, a consequence of water overuse for agriculture and pollution.

Also in the last year, the Christmas Island Pipistrelle, a bat found off the coast of Australia, was declared extinct. Three reptiles also went extinct on the island, including the chained gecko, the blue-tailed skink, and the whiptail skink, according to the International Union for the Conservation of Nature. Much of this is due to disease and predatory invasive species.

And some species are teetering on the brink of extinction. The last male Northern White Rhino, Sudan, died in March at the age of 45.

As the Northern White rhinos have been rapidly decimated by poaching, conservationists have tried desperate tactics to resuscitate them, including creating a Tinder profile for Sudan. The more viable strategy now is in vitro fertilization of a female Southern White Rhino with the eggs from the two remaining Northern White Rhino females and stored northern white rhino semen.

3) A few species have bounced back. And we discovered some brand new ones.

The Black-eyed Leaf Frog hopped back from the edge of the abyss. It’s now been classified as a species of “least concern” after having been “critically endangered,” the last step before extinction.

“This lovely leaf frog is hope in a small, green-and-black package,” said Jennifer Luedtke, an amphibian specialist at Global Wildlife Conservation, in a statement.

Researchers reported this year that other tropical frog species, like the variable harlequin frog, are also bouncing back after a fungal epidemic drastically slashed their numbers.

The Chesapeake Bay’s striped bass has also rebounded to a healthy population.

Researchers also discovered a sulfur-eating giant shipworm that lives at the bottom of muddy lagoons:

Other new species include a new parasitic wasp with spiked forelimbs and a variety of tardigrade found in a parking lot in Japan. It’s not too surprising since the notoriously hardy eight-legged microorganism is often a pioneer of new ecosystems, including those created by humans.

And scientists announced they’s found the first new species of great ape in 90 years, Pongo tapanuliensis, also known as the Tapanuli orangutan. But with just 800 individuals on the island of Sumatra left, it’s also endangered.

4) Greenland’s ice is melting faster than we realized

We know the Earth is warming, but we saw several jarring examples over the past year of how quickly and dramatically this is playing out.

Earth’s polar regions are warming twice as fast as the average rate of the planet. NOAA scientists reported late last year that the Arctic losing ice at its fastest rate in at least 1,500 years.

We also saw a heat wave in the Arctic. In the middle of winter. For the third year in a row. January saw the lowest extent of Arctic sea ice for the month on record. The sea ice maximum for the Arctic, which typically occurs in March, was at its second-lowest on record this year, bested only by 2017.

This warming is playing out in sharp and sudden ways across the Arctic. Researchers reported last year that a section of Greenland’s ice sheet suddenly started melting 80 percent faster. Another study found Greenland’s entire ice sheet is melting at its fastest rate in at least 400 years, and that the melt rate sped up drastically in 1990.

If the entire Greenland ice sheet were to melt, it would raise global sea levels by more than 20 feet.

Glaciers in Denali National Park are also melting 60 times faster than they were 150 years ago.

These examples show that the impacts of a changing climate aren’t always slow and gradual; global warming can push some phenomena to tipping points that lead to rapid, self-propagating changes.

5) Seagrass is regrowing in the Chesapeake Bay. And humans can take credit.

The Chesapeake Bay is the largest estuary in the United States, and for decades it was also one of its most polluted. Massive quantities of fertilizer, waste from farm and poultry operations, and stormwater in Maryland, Virginia, Delaware, and Pennsylvania were leaching into the water.

As nutrients like nitrogen and phosphorus sullied the bay, much of the underwater life, including grasses and the fish and shellfish that lived inside it, died off. The impact was so severe that the federal government and states had to come up with a way to limit the pollution — and so they started paying farmers to farm in different ways to keep fertilizer from washing into the bay and cracked down on sewage treatment plants and other facilities that were dumping waste.

Happily, scientists writing in the Proceedings of the National Academy of Sciences in March report that these regulations to limit that runoff are working. The most striking evidence is the regrowth of the seagrass beds — now covering more than 42,000 acres, the highest cover in the Chesapeake in almost half a century.

The recovery of the “underwater forest” of seagrass also suggests that other forms of life in the Bay — like blue crabs and fish species that use it for food and shelter — will recover too. And given that seagrasses worldwide have declined by nearly a third over the last century, the successful efforts to limit nutrient pollution in the Chesapeake could help influence new policies to restore coastal ecosystems elsewhere.

“Nutrient reductions and biodiversity conservation are effective strategies to aid the successful recovery of degraded systems at regional scales, a finding which is highly relevant to the utility of environmental management programs worldwide,” the PNAS authors write.

6) We’re woefully unprepared for disasters. And we aren’t learning enough from them.

2017 was a brutal year for natural disasters in the US, and the ongoing blackout in Puerto Rico continues to remind us just how vulnerable we are to extreme weather especially as climate change makes these kinds of events more intense.

Hurricane Maria ripped through the Caribbean with 150 mph winds and upward of 36 inches of rain last September, knocking down 80 percent of electricity infrastructure and creating the largest blackout in US history for Puerto Rico’s 3.3 million residents.

Other parts of the United States were also hit hard last year, as the worst wildfire season on record torched California and as Hurricane Harvey drenched Texas with the largest amount of rainfall ever recorded for a single storm.

In fact, natural disasters across 2017 caused at least 6 billion in damages across the US, making it the costliest year on record.

And researchers expect that torrential rain, massive storms, and expansive infernos will get worse as average temperatures continue to rise.

Despite all this, we’re already going back to our old habits. Homes are being rebuilt in floodplains around Houston and construction is still booming along Florida’s coasts despite rising seas. Meanwhile, California homeowners are rebuilding their torched properties in the same spots. Let’s do better.

7) We’re getting closer to finding another Earth out there

As far as we know, Earth is the only planet with life in the universe. But scientists are getting better at finding tantalizingly similar planets. And as astrophysics and astrobiology come together to make these discoveries, we keep learning more about our own home.

There’s been a boom in exoplanet discoveries since the launch of the Kepler Space Telescope in 2009. Of the more than 3,500 planets we’ve found outside of our solar system, Kepler has helped identify more than 2,500 of them.

But by pooling from observations from telescopes around the world and in space, scientists have discovered more spheres like ours. Researchers reported last year that they found seven Earth-sized planets orbiting a dwarf star called Trappist-1, the largest batch of planets in the habitable zone of a star ever discovered.

“It represents a unique opportunity to thoroughly characterize temperate Earth-like planets that are orbiting a much cooler and smaller star than the Sun,” the scientists wrote.

NASA says we now know more about the Trappist-1 system than any other planetary system save our own. And earlier this year, the agency reported that the planets closest to the star could have liquid water, a necessary ingredient for life as we know it.

Researchers at the MEarth Project last April also found an Earth-like planet, LHS1140b, orbiting a star about one-fifth the size of our sun. “It also receives similar amounts of energy from its star that Earth does from the Sun, which means it may have liquid water on its surface!” the team reported.

And on April 19, NASA launched the Transiting Exoplanet Survey Satellite aboard the SpaceX Falcon 9. The 8 million mission is aimed specifically at “discovering new earths.” 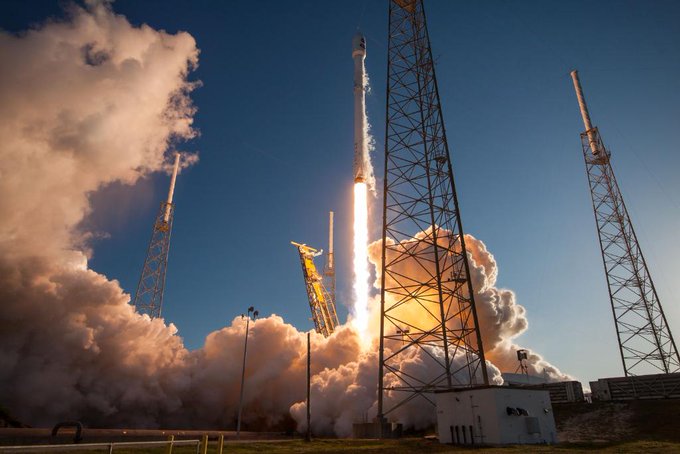 NASA
Does that mean we’re on our way to charting a cosmic escape route if we screw up the planet we’re on? Hardly.

We’re stuck with this planet and so let’s take care of it while we have the good fortune to be here.