And on Thursday it will remain very windy, on the northern slopes of the mountains with a particularly strong and gusty southerly wind. Cloudiness will be changeable, more significant over the mountains and in places, mainly on their southern sides, it will rain.

5 regions have a red code for hurricane wind - Montana, Vratsa, Lovech, Gabrovo, Veliko Tarnovo. There will be a stormy, gusty southerly wind with gusts in the southern parts of the regions 30-35 m/s. 11 teams have been mobilized in the capital, there have already been reports of fallen branches and trees. There are no reports of casualties. Firefighters responded to another 9 calls last night. Three of them for trees, and six for roof structures. All signals are mainly for the southern districts of the capital. As of 8:00 a.m. there are already a total of 510 reports in Sofia, 125 of which are about fallen branches, sheet metal, trees, and billboards. 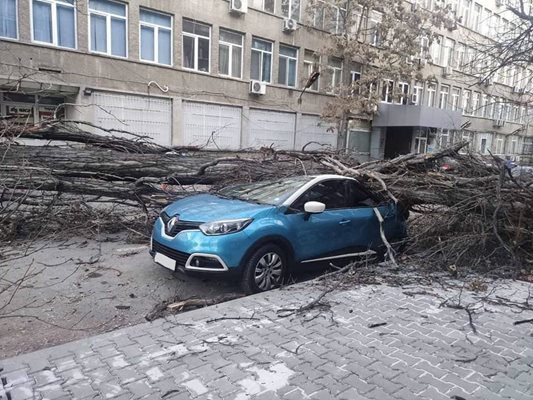 7 regions have an orange code again due to strong wind - Vidin, Sofia city, Sofia region, Targovishte, Razgrad, Haskovo, Kardjali. In these areas the wind will be gusting up to 29 m/s. In the rest of the country, a yellow code has been announced for strong winds with gusts of 19-24 m/s.

In the evening over the western parts it will become cloudy and it will rain, in the extreme north-western regions – intense rains are expected. Temperatures will remain high, the minimum will be between 9°C and 14°C, the maximum - between 16°C and 21°C, in areas with a strong wind slightly higher. In Sofia, minimum 10°C, maximum - about 18°C.

It will be very windy in the mountains. It will blow strong and stormy wind, in exposed parts and a hurricane wind from the south-southwest. The cloudiness will be variable, often significant and mainly in the southern parts there will be short-term precipitation of rain, above 2000 meters - of snow. The maximum temperature at 1200 meters will be around 10°C, at 2000 meters – around 2°C.

Cloudiness over the Black Sea will be changeable, without precipitation. It will be windy with strong to gusty winds from the south-southwest. Maximum temperatures will be between 15°C and 20°C. The temperature of the sea water is 9°-10°C. The excitement of the sea will be 3-4 points.

510 are the signals after the hurricane wind in Sofia

After yesterday's strong winds, hundreds of signals were received in the metropolitan fire department and the "Emergency Assistance" Directorate. Mainly the signals are about fallen objects, trees and branches. 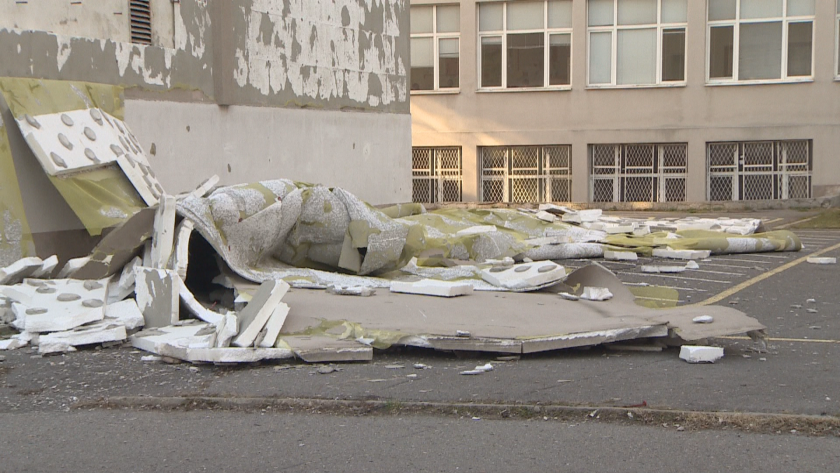 Since early this morning, climbers have been removing loose sheet metal and objects from the roofs.

There are already reports of fallen trees in the "Manastirski Livadi" and "Nadezhda" neighborhoods.

"A total of 510 alerts have been received on the territory of the capital, 125 of them are about fallen trees and branches, the rest are about dangerous sheet metal from roofs, poles. And we are currently receiving alerts. There are 3 alerts each in ‘Manastirski Livadi’ and ‘Nadezhda’ for fallen trees," said Krasimir Dimitrov, director of the "Emergency Assistance and Prevention" Directorate of the Sofia Municipality.

He advised people not to go out today and not to walk in parks and gardens.

For today alone, 21 reports of fallen or dangerously leaning trees and branches were received, of which 16 reports were processed.