Bulgarian Security Services: Up to 10,000 Euros per Person are the Migrant Trafficking Rates

Migrants paid up to 10,000 euros to be trafficked from Turkey to Serbia through the territory of Bulgaria. This was stated at a joint briefing by the Prosecutor's Office, the Ministry of the Interior, the State Police and the Security Services.

“The operation was directed against the organizers of illegal migration from the Bulgarian side,” said the spokesperson of the chief prosecutor Siika Mileva.

She also explained the scheme by which the migrants are transferred. Turkey, Bulgaria and Serbia each have one main organizer. Each of them builds a system under himself. One provides drivers who transport the migrants from point A to point B. Another is responsible for providing accommodation. After staying a certain period in the country, they are taken to a point on the Serbian-Bulgarian side, where they are taken over by the Serbian organizers. Payment is made when the main organizer on the Turkish side confirms that the migrants have crossed into Serbia. The tariff for the trafficking of 1 migrant is around 2000 - 3000 euros.

In the case of the trafficking of a smaller number of migrants, the so-called VIP service, amounts up to 10,000 euros per person. 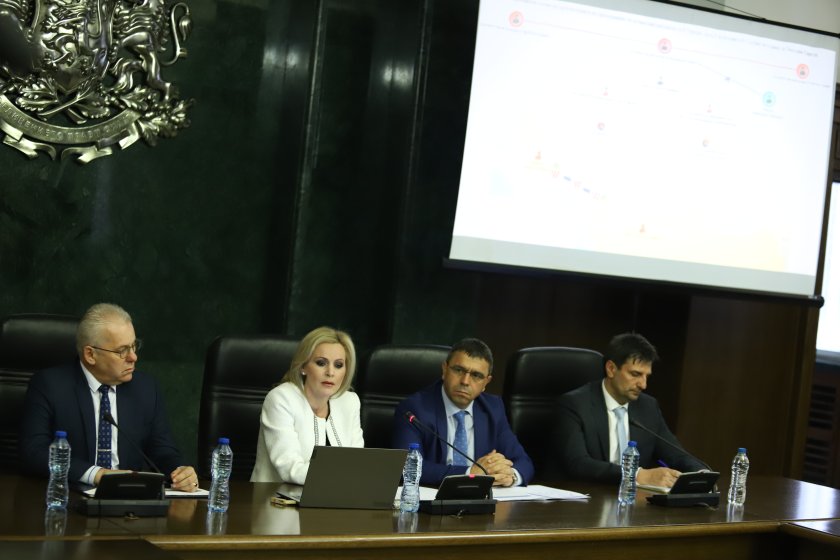 The Deputy Chief Secretary of the Ministry of Internal Affairs, Stanimir Stanev, stated that the state received support from Turkey for the general fight against trafficers.

In the course of the operation, more than 30 addresses were checked, said Atanas Ilkov, director of the State Police. All the liaison officers with whom the actions were discussed have been engaged, Ilkov said. Our activity will not stop only with this operation, we continue even more motivated, so as to bring our work to the end, said Ilkov.

The deputy director of GDBOP Lubomir Nikolov stated that the organizers even transported the migrants with buses and campers.

The director of DG Border Police Rositsa Dimitrova said that the profile of migrants has changed, they are often aggressive, with knives. The fence guards the border, and due to a shortage of people, additional teams have been deployed.

The operation of the Prosecutor's Office, GDBOP, National Police and SANS started early yesterday morning, simultaneously at addresses in Sofia, Dragoman, Harmanli and Bolyarovo. In the capital, police officers, prosecutors and investigators entered several addresses in Zone B-5, where there is evidence that Syrians with humanitarian status live, who are part of the channels for migrant trafficking through our country.

They came into the focus of the investigators and were found to have recruited drivers to transport illegal migrants across the country. Persons who are known to have provided premises where the migrants were temporarily accommodated were also checked.

The data shows that migrant pressure on our border with Turkey increased sharply at the beginning of last year, and illegal migrants detained inside the country also increased.