Bulgaria’s Ministry of Defense: We have Not Provided NATO countries with Su-25 Aircraft for Ukraine

In an article by Michael Winfrey, who heads the Dutch analytical project Oryx, it is stated what kind of military aid, in what value and in what quantitative terms, Kyiv received from its Western allies.

Acting Foreign Minister Nikolay Milkov said earlier today that he had no such information. 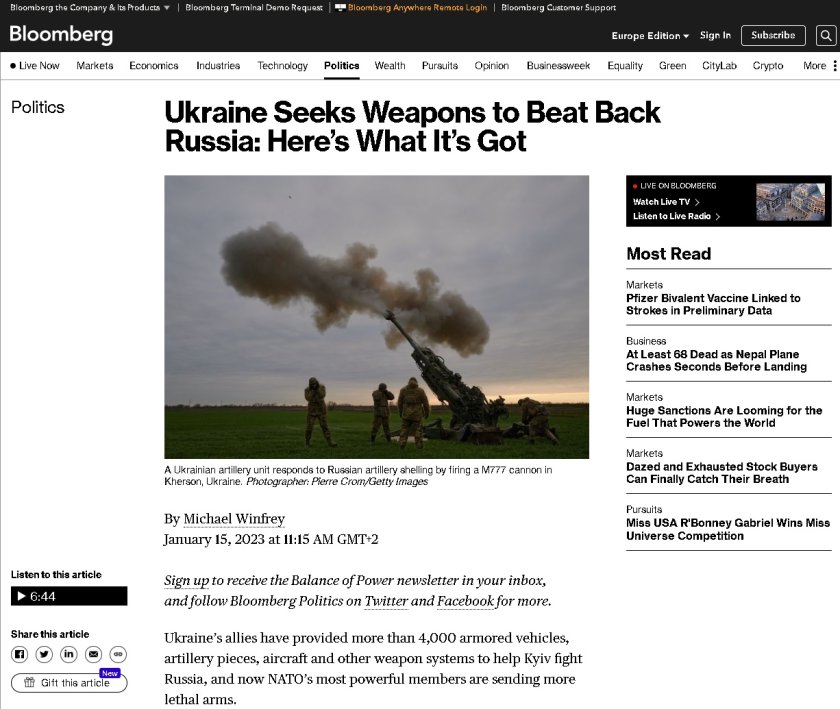 More on the topic read here.