The private military company "Wagner" alone attacked the Ukrainian city of Soledar and is "close" to capturing it. These words of the head of "Wagner" Yevgeny Prigozhin were distributed by his company "Concord" in response to a question to him from Russian media.

The “Кепка Пригожина” channel on Telegram, which is affiliated with the group, published Prigozhin's comment in response to a question from Russia News about information that the town not far from Bakhmut had been captured. ”I have repeatedly asked and I am asking again the respected military correspondents not to give premature information.”

This happened less than two hours after Russia announced that a unilateral ceasefire would take effect at noon. The announced hour was Moscow time, and it was 11 a.m. in Kyiv, but even an hour later Ukraine did not announce a ceasefire.

Yesterday, the "Wall Street Journal" wrote that Russia is giving up for now the months-long offensive against Bakhmut, but also that forces are being diverted to Soledar. This town is located 20 km northeast of Bakhmut, in the Donetsk region, and like Bakhmut remained under Ukrainian control throughout the war. 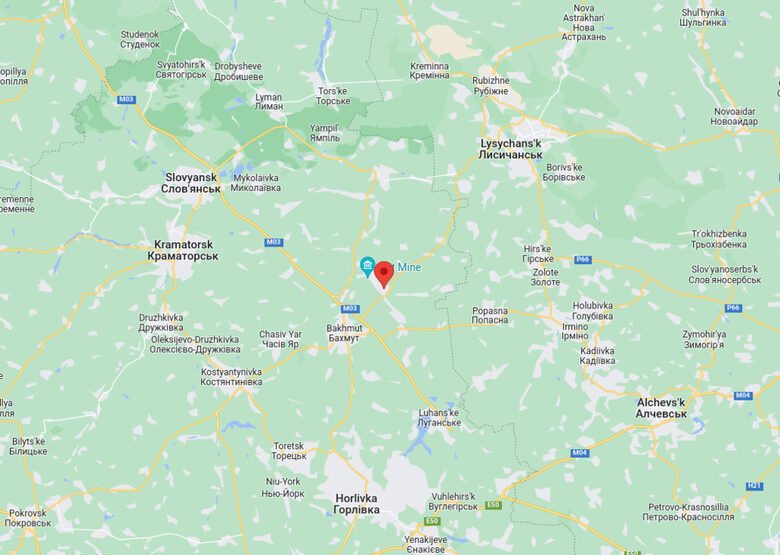 The correspondent of "El Pais" from Moscow writes that the Russian army started the attack today, but used PMC "Wagner", and did so just before the beginning of the ceasefire. Russian media also noted that the fighters had reached the city center shortly before the ceasefire came into effect.

Russia says it is respecting the ceasefire

Russia's Defense Ministry recently confirmed it was sticking to President Vladimir Putin's proposed ceasefire, and Russian officials have accused Ukraine of continuing to shell territory controlled by Moscow's forces. However, "Wagner" has not stated that it accepts.

Two hours before that, however, there was a new attack on Kherson, in which Ukrainian forces returned in mid-November, after the retreat of Russia. The number of casualties and injuries has not been reported, but emergency services have confirmed that there are some.

According to AFP, shots were heard in Bakhmut and an hour after the start of the ceasefire. The agency quotes its journalists in the field. "Shots could be heard from both sides of the front, after the start of the ceasefire at 11 a.m. local time, in this area with destroyed and deserted streets, although my intensity was less, compared with the previous days," according to this information.

Ukraine questioned the ceasefire and rejected Putin's proposal. It was also questioned by the West, with assessments that it was just a breath of fresh air for regrouping and an attempt to hit Ukraine's reputation. The Washington-based Institute for the Study of War (ISW) also takes the latter view.

Today, Ukrainian representatives are more cautious in their comments about the ceasefire, but the state agency UNIAN scathingly pointed out that in a message on the Kremlin website dated January 5, 2023, Putin ordered a cease-fire regime "along the entire line of combat contact of the sides in Ukraine". "Putin officially recognized that Donetsk and Luhansk are Ukraine," was the title of the material.

In Kyiv, meanwhile, air raid sirens sounded less than an hour after the ceasefire came into effect after several warplanes, as well as drones, were lifted from Belarusian territory. The sirens are usually activated when there is a risk of an impending air attack, but the alarm most often turns out to be false, as the Russian planes are mostly on training or reconnaissance flights.

Earlier, a train carrying Russian troops and equipment arrived in Belarus, a day after Minsk, Moscow's staunchest ally at the moment, said it was expecting deliveries of military equipment and weapons.

Read more from the 317th day of the war in Ukraine.