A Bunker at Home, or how Bulgarians' understanding of Security is Changing "Predictable people" - this is how engineer Lyuben Sigridov, founder of the Bulgarian company for building personal security facilities BUNKER BG, defines his clients.

He and his team started work at the beginning of the 2020 COVID-19 pandemic, building luxury private bunkers on individual projects. The buildings offer reinforced walls and roofs, protected windows and doors, and systems that guarantee autonomous existence for a long period of time - communication systems, tanks for fuel, food and water, solar panels, wind turbines. At the same time, they have separate rooms with bathrooms, and even - at the appropriate price - saunas, gyms and cinema halls.

"The bunker is not against an apocalypse, but against a real threat," Lyuben Sigridov told "Dnevnik", according to whom it is the most secure facility invented by man. According to his observations, civil unrest, interruption of food supply and interruption of supply of fuels or energy sources are among the leading reasons that lead people to seek personal protection in their own facility.

He believes that the pandemic was the catalyst for this interest, which was subsequently reinforced by the war in Ukraine.

"Definitely the pandemic has increased interest in our business. Unfortunately, few of those who are interested can afford it."

“It is logical for one to realize that if the world evolves too much, things to come could be much more serious,” said Engineer Lyuben Sigridov, founder of BUNKER BG

According to official data, there are 704 shelters in Bulgaria - 551 are the shelters that provide a higher degree of protection. There are 153 shelters for protection against radiation pollution. Of all of them, less than half - 269 - are owned by the Ministry of Internal Affairs, and 287 are privately owned (at large production sites). The rest are state or unspecified property. All these facilities are old and were built more than 60-70 years ago according to Soviet standards. Their structures are sound, but the equipment is out of order.

With the express stipulation that he does not want to cause unnecessary panic, Sigridov points out as a reason to think about whether a person should provide himself with a protected space, that there are over 100 nuclear power plants in Europe, and a large part of them have old reactors that have yet to be revised: "Most of them have Russian technology, and due to the current situation, they can hardly count on support from Russia". 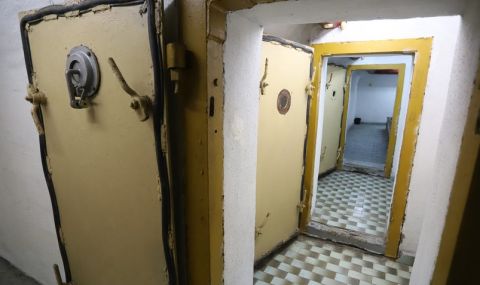 The state knows how, we’re not discovering hot water here

"We are far from thinking that we have discovered the hot water. The state has enough security experts and with enough will and desire, it can build new bunkers or repair the existing ones", says the owner of BUNKER BG and adds that he and his colleagues can help with your knowledge and experience.

It seems strange to him if he does not think in this direction, given that there is a war near Bulgaria.

"The state knows how. In the Ministry of Defense they know very well how to make bunkers, the point is that until now, after 1990, things are slowly going down and declining in the direction of security and in the direction of the army. This is a well-known truth," says Sigridov.

He is adamant that it is essential to know whether a facility is usable and fit to accommodate people, how many people and for what period of time: "It is not enough to say something is usable, it must meet specific requirements".

The company works with partners from Switzerland - the country where there are over 9 million bunkers - more than there are residents of the country. Switzerland has many years of experience in the construction of bunkers. There, almost every house built after World War II is equipped with a personal bunker, Sigridov said. He emphasizes that the construction of a secure facility depends on the budget, and this is a broad term in this case.

The basic model of BUNKER BG - with an area of ​​30 square meters, offering living space for a family of 6, half-meter walls, with an installation for 100 percent inflow of purified air and water, an autonomous generator and sensors for the radiation background, begins from 97,800 euros.

As a far "more budget option" indicates the panic room - it is located inside the house or apartment, but has high protection. 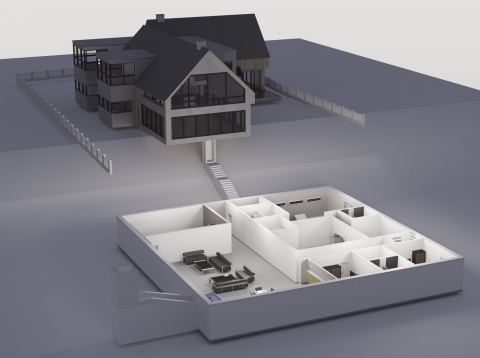 My home is my castle

According to Sigridov, the bunker facility is the safest means of protection in turbulent times. A person has an autonomous system - a home in which he can hide his family and be completely independent from an external network in terms of electricity, water, communication, food. There are also different levels of securitization - i.e. it can monitor the perimeter from the outside and counter. Therefore, when an object is issued, tests are made on all systems. Different situations are played out and the ways in which a person and his family can act. The so-called "Red book" in which there is a complete instruction for sealing and operation of the bunker.

Sigridov explains that every facility is made after obtaining all building permits and the utilization of this "useful area" of the house is "according to the letter of the law". He believes that modern technologies allow one to go beyond the norms and to think not only about his physical but also about his mental survival. "This facility can give you a better start in life. Imagine that until some situation is under control, it may take 2 -3- 6 months even. But after it is under control, the question is in what condition will we come out - will we have assets, will we have food? In this line of thought, we are thinking in the future - not just about physical survival, but about overall survival - physical and psychological."

For Sigridov, the bunker is only the first step towards security, but it is by no means sufficient. Therefore, starting next year, he plans to start a new project - "Survival", which will include many different areas of training, specialists and courses.