Bulgaria: No Trace of little Sashko! Police with Dogs and Volunteers with Drones patrol Pernik

There is still no sign of little Alexander (Sashko), who got lost in the Bulgarian town of Pernik yesterday.

At this time, the rescue operation continues in search of the child who disappeared on Friday evening near the Prophylactorium in the city.

Police with trained dogs, many volunteers with drones and thermal cameras are scouring all the parks, reservoirs and neighborhoods in order to find the boy, who has a severe form of autism.

Today, it is expected that more volunteers will be involved in the operation, as well as specialized equipment to help the search operation, the mayor of the city, Stanislav Vladimirov, explained to BNR.

"Additional forces of the Ministry of Internal Affairs will come from Sofia. A helicopter is also expected to be involved. We also received support from the Metropolitan Municipality in the person of the mayor, they sent inspectorate officers with modern drones with thermal cameras, so that as much as possible could be covered a large perimeter. I call on people who have the opportunity to join as volunteers today, so that as much as possible of the territory of our municipality is covered again."

Among the volunteers was Radostin Lyubomirov from the Bulgarian National Television (BNT), who joined the search last night. Here's what he said:

"The night was quite difficult, this was also assumed from the atmospheric conditions. We still have no success in this action. Personally, I joined it at eight o'clock. There were a lot of people - over 1,000 people, maybe. They also went around the forest in the area, the nearby neighborhoods, as well as in the city center, where I received information that they were known areas of the child, where he rode a bicycle.

But unfortunately there was no success in the search anywhere. It continues. Now I hope that already in the lighter part of the day those who continue as a second shift will be successful.

What made a great impression on me is that many young children came to help. Instead of going to a disco or a coffee shop, they preferred to spend Friday night doing something useful. Apparently this story of Alexander touched everyone. So I'm sure that many people will join today as well."

And today, local authorities are urging anyone with information or who has seen the child to contact police in the city. 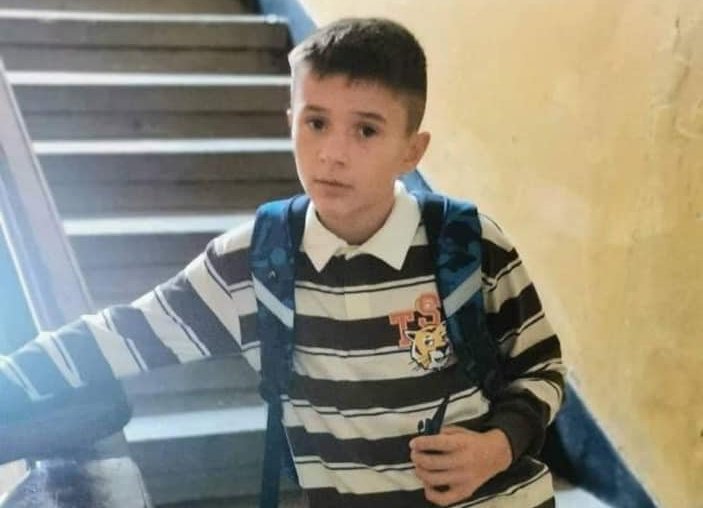 The boy's name is Alexander, he is wearing a gray sweatshirt and carries a pink stuffed toy, he answers to the name Sashko. His favorite song is Gummy Bear.

Psychotherapists and specialists working with autistic children advised on social media not to make too much noise during the search, as autistics are afraid of sounds and bright lights. According to experts, it is more likely that the boy will not answer the calls by name.

"The child went missing at 3:50 p.m. The father was with him for a walk. After getting into his car to turn it around, he finds that the child is gone. The bad thing is that he does not see in which direction he went," shares on Facebook Mario - an acquaintance of the child's family.