Bulgarian Christo Grozev with the ICFJ Award for Excellence in Journalism

Christo Grozev of the investigative site Bellingcat won the "Founders' Award" of the ICFJ (International Center for Journalists) for excellence in journalism.

The International Center for Journalists' "Founder's Award" honors three visionaries who founded the International Center for Journalists in 1984: Tom Winship, editor of The Boston Globe from 1965 to 1985; Jim Ewing, publisher of The Keene Sentinel in New Hampshire, and George Krimsky, an AP correspondent and editor for 16 years. Behind the founding of Winship, Ewing and Krimsky was a strong need to support their colleagues abroad, especially in countries with weak traditions of a free press. All three share the belief that the role of the news media is to uncover, investigate and express the issues that concern ordinary citizens. Rooted in their desire was the idea to create an organization run by journalists for journalists to help advance their ideals. As a result of their beliefs, the ICFJ was born. This award, established in their honor, is presented to journalists who have dedicated themselves to the highest standards of the profession. 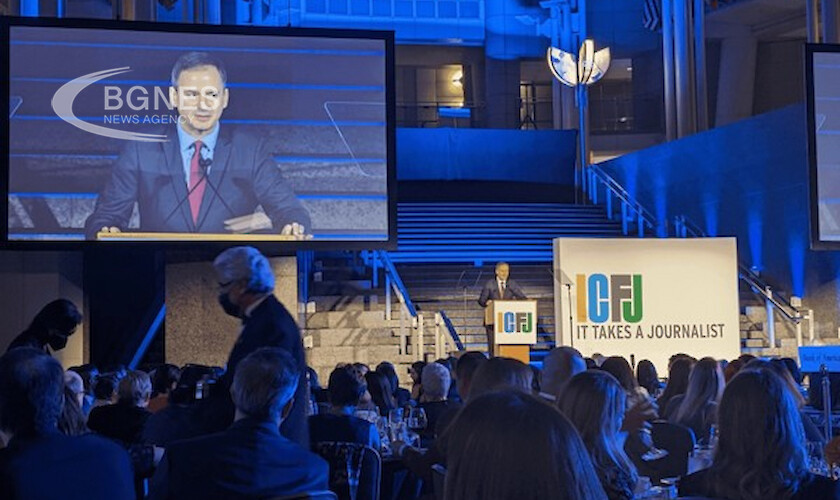 Grozev joined Bellingcat in 2015 as an investigative reporter. He is known for using open sources, social media and other available data for investigations. Grozev authored investigations that identified two senior Russian officers in connection with the downing of Malaysia Airlines Flight 17 in 2014; GRU officers involved in the 2016 coup plot in Montenegro; the three suspects in the poisoning of Sergei and Yulia Skripal in 2018 and the poisoning of Alexei Navalny in 2020. In 2019, Grozev and his team won the European Press Investigative Reporting Award for Unveiling the Suspects in the Salisbury Poisoning. In it, they identify the perpetrators of the poisoning of Sergei and Yulia Skripal.