Ambassador Talks is back this week!

Today, Bulgaria marks the Day of the Enlighteners. And what better way to celebrate this cultural holiday than with a pleasant conversation with Brazil's Ambassador to our country - Mrs. Maria Edileuza Fontenele Reis.

1. What is your opinion on the bilateral political and business relations between Bulgaria and your country?

Brazil and Bulgaria have a long history of fruitful cooperation in different areas. Our Embassy was physically established in Sofia in 1961 and has been increasingly active in strengthening our political, economic, and cultural ties. In the recent past, we were honored to receive in Brazil the visits of President Parvanov in 2005, Prime Minister Borissov in 2010, and President Plevneliev in 2012 and 2016.

We are proud that the first female President of Brazil, Ms. Dilma Rousseff, is the daughter of a Bulgarian born in Gabrovo. She made an official visit to Bulgaria in 2011 that significantly contributed to deepening our already fraternal relations. Brazil and Bulgaria maintain a remarkable level of mutual support in international organizations on topics of mutual interest in the global agenda. The vast potential of our trade and investment relations will be further stimulated with the establishment of a bilateral Economic Commission and Brazilian investors are increasingly interested in the Bulgarian market.

Our cultural relations include excellent academic cooperation with the Bulgarian Diplomatic Institute, the University of Sofia, where Portuguese language courses are offered to Bulgarian students, and through the recently established partnership between our most important think-tank, Fundação Getulio Vargas, and the University of Bulgarian and World Economy. Our people-to-people relations are strengthened with the presence of many Bulgarian musicians in our most important orchestras and by Brazilians in Bulgaria interested in the remarkable Bulgarian Ballet and Classical Music Academies.

Furthermore, Brazilian athletes are very well-received in Bulgarian sports, including football and volleyball teams, Jiu-Jitsu academies, and capoeira organizations. Brazil is also very pleased to cooperate with the Bulgarian Antarctic Institute and to assist with the transport of Bulgarian scientists to the St. Kliment Ohridski Antarctic Base. 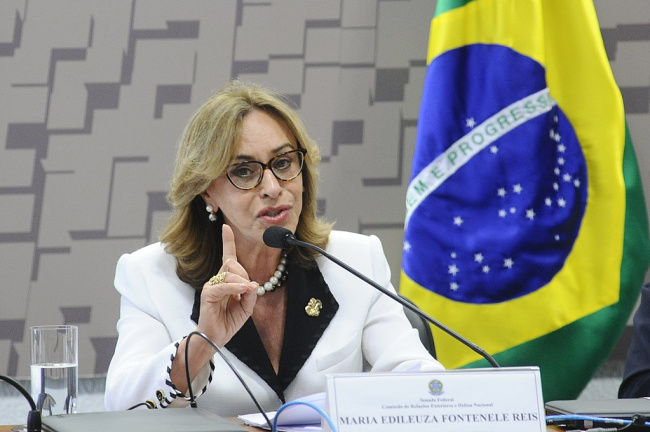 2. What kind of improvement of these relations do you see in the near future and also long term?

There is a huge potential to further increase our trade relations, considering the vast Brazilian market consisting of 215 million people with diverse interests. A large Brazilian company that produces plastic containers is now establishing a branch in Bulgaria and many others have shown interest in the Bulgarian economy. There is also huge potential for development in the tourism sector considering the complementarity of interests. Bulgaria's rich cultural and historical sites are attractive to Brazilians, and Brazil's tropical environment is appealing to Bulgarian tourists.

3. In your humble opinion, what is the place of Bulgaria in the modern world?

Bulgaria is fully integrated as an active member of the most important international organization, the United Nations system, as well as an active member of the European Union and NATO. In recent history, Bulgaria has established itself as a country open to dialogue and cooperation with the whole world, based on the universal values established in the UN Charter. Furthermore, outstanding Bulgarian personas, such as Irina Bokova, former Director General of UNESCO, and Kristalina Georgieva, Managing Director of the IMF, project the best of Bulgarian professionalism and modernity.

4. If you want to promote Bulgaria to investors from your country, what would be the most important advantages you would mention?

Bulgaria is very attractive to investors considering the incentives for property purchase, tax exemption for a period of time, and a qualified labor force that is fluent in English, among others. Bulgaria is also respectful of the European Union's legal base and is a solid bridge to the Balkan region and the entire EU market.

5. Do you think Bulgaria can improve its image or branding and if yes - do you have an idea or advice you could share with us?

Bulgaria has remarkable products, especially in the areas of wine production and rose oil cosmetics, that could be promoted more vehemently internationally. Brazil has a huge market with consumers interested in exploring new products. I see a lot of room for increased exports of Bulgarian products to Brazil. The Embassy of Brazil has been assisting Bulgarian and Brazilian businessmen interested in further exploring the two markets.

6. What would be the 3 most important events for your Embassy until the end of this year?

This year we celebrated the 200th Anniversary of the Independence of Brazil. We organized a series of events to commemorate this important landmark in the history of my country. The Embassy of Brazil organized several concerts of Brazilian classical composers in Sofia. Most notably, a traditional Brazilian musical genre, called Choro, was introduced to Bulgaria for the first time. The group Choronas traveled from Brazil to Sofia for this special bicentennial event. We even expanded the cultural events outside of the capital. There was a concert by an outstanding Brazilian pianist in Sozopol. We will continue to celebrate the bicentennial with even more events before the end of the year.

In November and December, the National Music Academy will host concerts of Brazilian classical composers. We are also working on launching the translation to Portuguese of the Diaries of Czar Ferdinand in which he reflects upon Brazilian fauna and flora during a study trip to Brazil in 1927.

7. How deep has the COVID pandemic affected the bilateral relations between Bulgaria and your country?

The restrictions imposed by the pandemic were an obstacle to receiving missions from Brazil, but the agenda moved forward through video conferences.  Despite the difficulties, an important delegation visited Bulgaria for the Hemus exhibition of defense equipment in 2020; an outstanding Brazilian pianist, Pablo Rossi, performed in Sofia in 2021; and we are expecting a delegation from the State of Ceara in December in the context of establishing a sister-city agreement with Sofia. 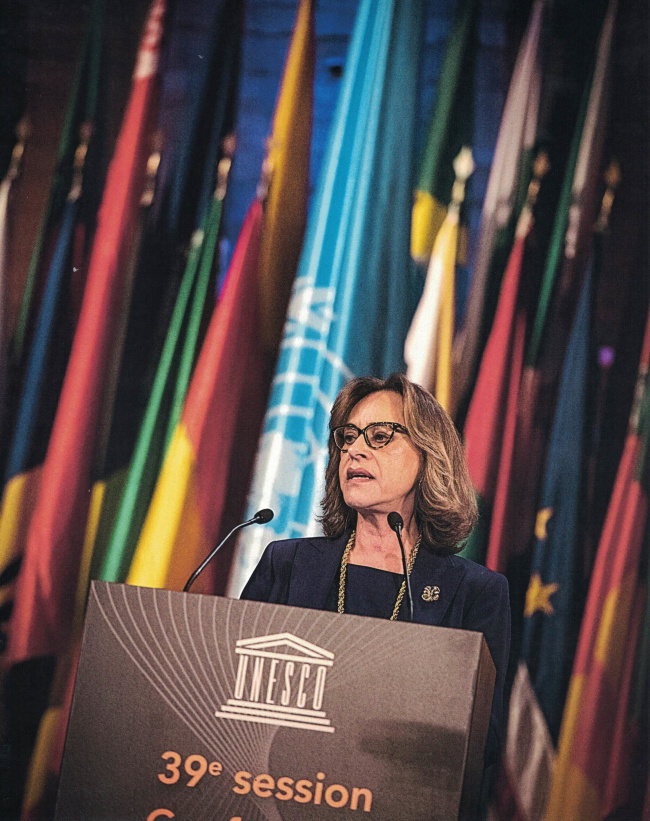 8. What advice can you give to Bulgarians who want to do business with people from your country?

The Embassy of Brazil is open to assisting all those interested in doing business with Brazil. We are ready to assist in identifying counterparts in areas of interest, providing necessary information, and facilitating communication as needed.

9. Tell us about yourself - what was your professional diplomatic career, how long have you been in Bulgaria, and what are the most fascinating places or even dishes for you in Bulgaria?

I presented my credentials to His Excellency Mr. Rumen Radev, the President of Bulgaria, in January 2020. Immediately prior to my arrival in Bulgaria, I had served as the Brazilian Ambassador to UNESCO for 5 years. Before serving in France, I was in Brasilia, where my last two positions were Director of European Affairs and Undersecretary of Political Relations, dealing mainly with BRICS.

As a career diplomat, I served in Asia, Europe, Africa, and Latin America. During my time at UNESCO, I was Vice-President of the World Heritage Committee and in that capacity, I got to know about the many remarkable Bulgarian cultural and natural sites inscribed in the World Heritage List. It was, therefore, with special pleasure that I visited Rilla Monastery, Sozopol, Nessebar, and Pirin Park, among many other outstanding historic sites in your beautiful country.  I was also pleased to enjoy your beautiful beaches on the Black Sea and your great ski resorts in Bansko and Borovets.

10. If you must describe Bulgaria in just three words, what would they be?

The three words would be: I LOVE BULGARIA. It is a country with marvelous nature, remarkable history and culture, exceptional cultural sites, and warm and welcoming people. We feel among family in Bulgaria. 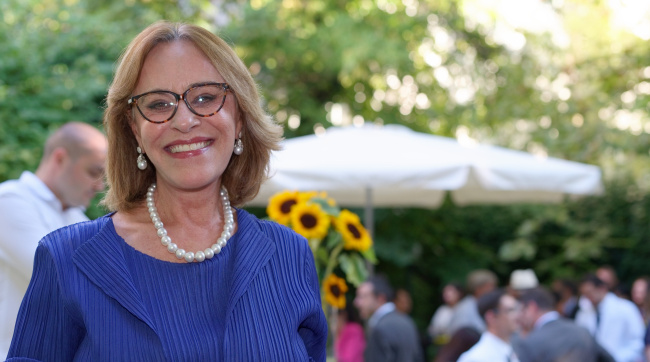 Ambassador Maria Edileuza Fontenele Reis is a career diplomat, who graduated from the Brazilian Diplomatic Institute after completing her under-graduation in Social Communication at the University of Brasilia. She is presently Ambassador to Bulgaria and North Macedonia, after serving in Paris for five years.  Ambassador Fontenele Reis has served in countries on five continents and in her native Brazil, she has held the positions of Undersecretary of Political Affairs and Director General of European Affairs. Among her academic accolades are the High Studies Course at the Brazilian Diplomatic Academy (Ph.D. level thesis on Brazil-Japan relations, published in Portuguese, Japanese, and English); a Master's degree in International Relations at the Centro Studi Diplomatici e Strategici in Rome (Italy, 2002); and a Ph.D. in International Relations and Diplomacy at the École des Hautes Études en Relations Internationales (Paris, 2016). She is a published author with an extensive bibliography and commands six languages. She has received high-level decorations from Brazil, France, Italy, Denmark, the Netherlands, Holy See, Japan, and Argentina. 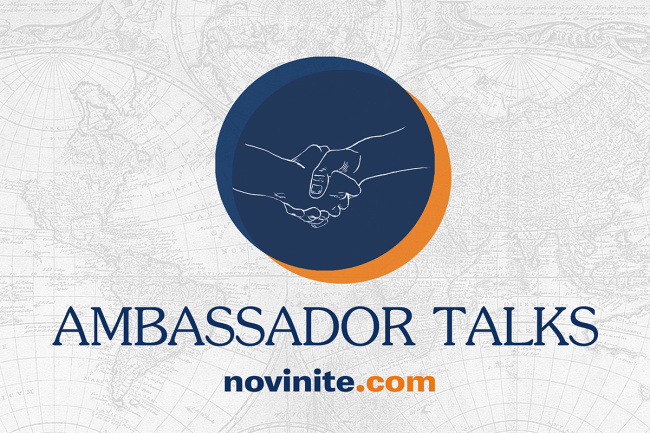 Novinite.com presents its new series titled: “Ambassador Talks”. It consists of interviews with Ambassadors or Heads of Missions accredited to Bulgaria in order to see their point of view on current developments - both domestic, bilateral and international. Each interview will have the same 10 questions.

Our Honorable guests so far:

Ambassador of China, His Excellency Mr. Dong Xiaojun. You can read his interview here.

Ambassador of Denmark, His Excellency Mr. Jes Brogaard Nielsen. You can read his interview here.

Ambassador of Spain, His Excellency Mr. Alejandro Polanco Mata. You can read his interview here.

Ambassador of Italy, Her Excellency Mrs. Giuseppina Zarra. You can read her interview here.

Representatives of Embassies based in Bulgaria can contact Novinite for more information at Office@novinitegroup.com

Novinite.com (Sofia News Agency) is the largest English-language news provider in Bulgaria, with coverage of domestic and international news for more than 20 years.  The agency is read in more than 120 countries all over the world. A news archive is kept for years in many governmental and business institutions and the website is quoted globally on a daily basis.