Officially: The Truck Blown Up on the Crimean Bridge was Never on Bulgarian Territory

In connection with the speculations and attempts to involve the name of Bulgaria in the explosion of the Crimean bridge, an inspection was carried out by the security services on the order of the Prime Minister.

It has been established beyond doubt that the truck that blew up on the Crimean bridge was never on the territory of the Republic of Bulgaria, which was indicated as the starting point for its route from Russian officials, the government press service reported.

According to Russian media, the truck that exploded on October 8, 2022 was transporting polyethylene film. The inspection of the Bulgarian services also established that goods with similar characteristics were introduced into the territory of Bulgaria from another EU member state in a container with duly formed documents under the transit regime.

During the stay of the goods in question in Bulgaria, they were under customs supervision and left the country in the same container through the port of Burgas on September 17, 2022, in the direction of a country other than Russia.

The inspection makes it absolutely clear that the container with which the goods left Bulgaria was not on the exploded truck.

All information on the case has been provided to the prosecutor's office.

The Government of the Republic of Bulgaria will in no way allow the name of our country to be associated with any involvement in terrorist activity. 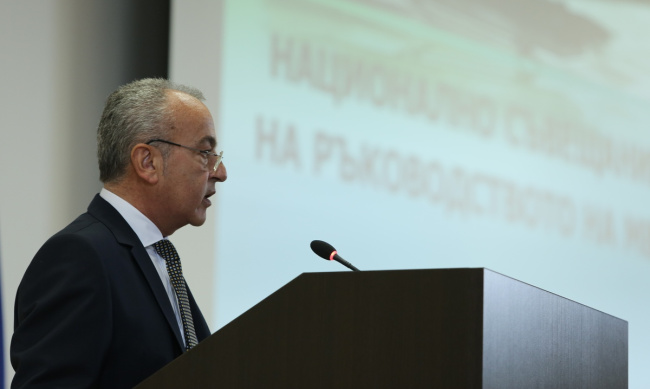 Galab Donev: Bulgaria had no complicity in preparation of the explosion of the Crimean bridge

“Bulgaria had no complicity in preparation of the explosion of the Crimean bridge. There is no such accusation”, stated acting Prime Minister Galab Donev..

Donev reminded that as early as Sunday evening, the State Agency for National Security was ordered to start checking the route of the truck, as a result of information from the media that the route connects to Bulgaria.

Galab Donev appealed to the media to comment on the topic responsibly.

“This topic creates risks both for national security and for the involvement of Bulgaria in a topic that should not be exposed in such a way in the media”, appealed Donev and stated that there is no version of a "Bulgarian trace" in the case, and this word combination is present only in media publications.

“Bulgaria had no complicity in the preparation of the explosion of the Crimean bridge. There is no such charge. Bulgaria is at a crossroads, many trucks pass through our country. Bulgaria is only connected as a geographical point on the truck's route”, Donev was categorical.

He also stated that there is no official attack from the Russian side towards Bulgaria.