During inspections by REWI (Regional Environment and Water Inspection)-Sofia and the Ministry of the Interior, 250 discarded barrels of chemicals were found in several metropolitan areas.

In connection with received reports of illegally dumped barrels in the "Iskar", "Pancharevo" and "Kremikovtsi" areas, experts of REWI-Sofia together with employees of the 8th RA MDIA (Metropolitan Directorate of Internal Affairs), Sofia Municipality, Metropolitan Inspectorate, Metropolitan Directorate "Fire Safety and protection of the population" and representatives of the regional administrations carried out on-site inspections.

During the inspection, 125 barrels of chemicals were found in four different locations in the Iskar region. In the "Pancharevo" region, 42 barrels were found in two properties, and in the "Kremikovtsi" region - 83 illegally dumped barrels.

During the visits, the presence of discarded barrels, some of which with broken integrity and unclear contents, was found in various properties.

Some of the barrels have labels indicating chemical substances dangerous to humans and the environment. Some of them have broken labels, are in an illegible state or are missing at all. 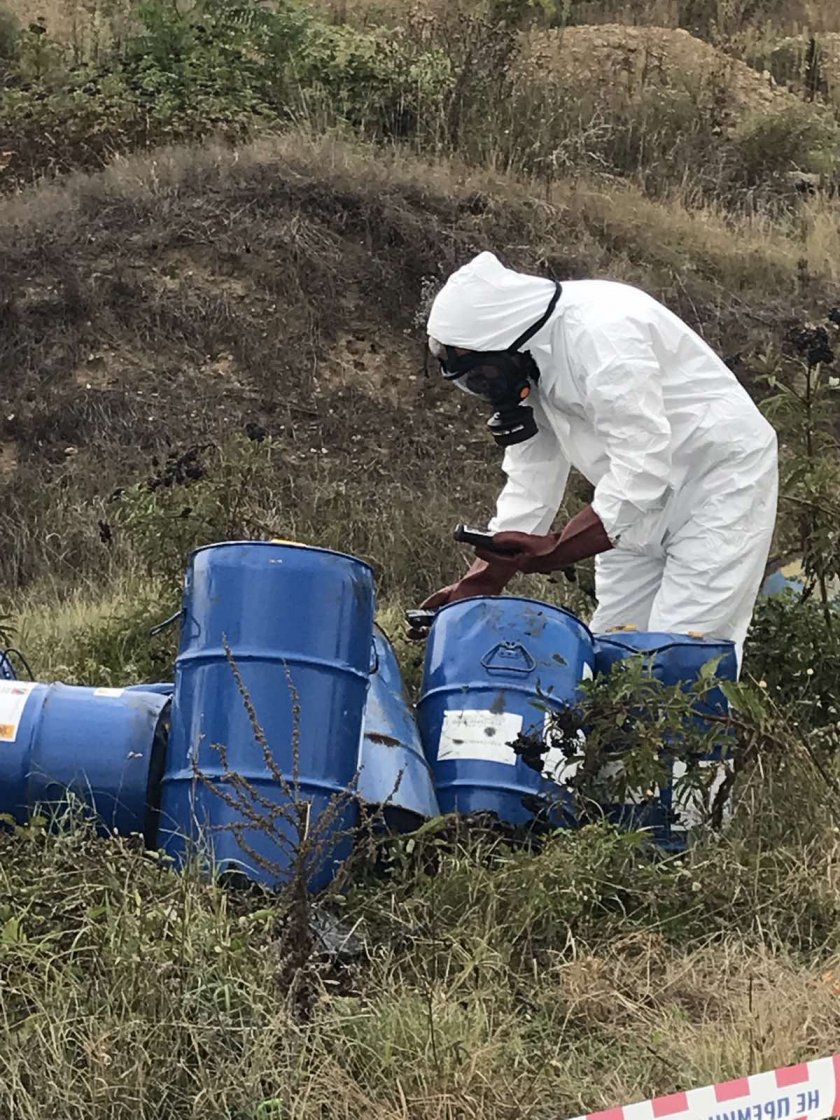 In order to establish the contents of the barrels, as well as the compliance with the labels placed on some of them, samples were taken for analysis by the Metropolitan Directorate of Internal Affairs.

REWI-Sofia has given instructions to the regional administrations, with a specific deadline, to take measures to secure and clean the affected places.

Contaminated areas are fenced off with security tapes. As a result of the given instructions, removal of 95 of the barrels to a site meeting the storage requirements was undertaken.

The removal of the remaining barrels continues, and soil samples will be taken at the locations where spills have been detected by employees of the Environmental Executive Agency. REWI-Sofia will carry out a subsequent control.

In the event that non-fulfillment of the given injunctions is found during the inspections, sanctions will be imposed on the regional administrations.

Actions are ongoing to establish the facts and circumstances related to the discarded barrels.