World leaders from American President Joe Biden to French President Emmanuel Macron to India's President Droupadi joined members of the public in observing a two-minute silence in memory of Queen Elizabeth II as the funeral service ended here with the recitation of "God Save the King", the reworded national anthem on Monday.

The coffin of the longest-serving monarch of the United Kingdom was carried at Westminster Abbey in London today with the Royal family members and top world leaders in attendance. Queen Elizabeth II died on September 8 at Balmoral Castle in Scotland. It is the first state funeral in the UK since Winston Churchill's in 1965.

Queen's wreath contains foliage of rosemary, English oak and myrtle and flowers, in shades of gold, pink and deep burgundy, with touches of white, cut from the gardens of Royal residences.

"At The King's request, the wreath contains foliage of Rosemary, English Oak and Myrtle (cut from a plant grown from Myrtle in The Queen's wedding bouquet) and flowers, in shades of gold, pink and deep burgundy, with touches of white, cut from the gardens of Royal Residences," the Royal Family tweeted.

The coffin of the Queen was borne in a procession to Westminster Abbey on the State Gun Carriage.

Numerous guests ranging from political heads of countries to distinct royal family members and dignitaries from across the world landed in the UK for the funeral of Queen Elizabeth II.

A state funeral means that the UK government has officially declared the day of the funeral as a bank holiday. President Murmu arrived in London to attend Queen Elizabeth II's state funeral on September 17 and offered condolences on behalf of the government of India.

On Sunday, US President Joe Biden also expressed his condolences to the royal family.

While mourning the passing of Queen Elizabeth, Biden remembered Queen's warm candor and said: "The way she touched when she leaned over. The way -- she had that look like, ‘Are you okay? Anything I can do for you? What do you need?’ And then also, ‘Make sure you do what you're supposed to do’," Biden said adding that she reminded him of his mother.

Moreover, senior citizens and children are among those camping along the funeral routes, for over 48 hours in some cases, to bid a final goodbye to Queen Elizabeth II today.

Notably, the funeral service is conducted by the Dean of Westminster, and readings will be given by Patricia Scotland, the secretary general of the Commonwealth, and Prime Minister Liz Truss.

The sermon is delivered by Canterbury's archbishop, the Most Reverend Justin Welby.

"Rarely has such a promise been so well kept," he said.

The Queen was born on April 21, 1926, at 17 Bruton Street in Mayfair, London. She was the first child of The Duke and Duchess of York - who later became King George VI - and Queen Elizabeth.

Earlier today, Bulgarian President Radev and his wife paid respects to Elizabeth II and commented: “She served her people!” 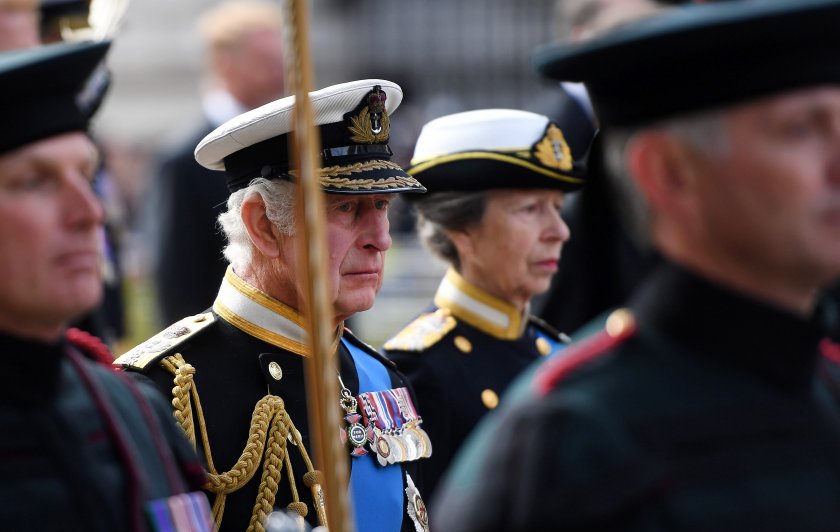 Signaling the important role they will now play as the children of the first in line for the throne, great-grandchildren of Queen Elizabeth II - Prince George and Princess Charlotte -- attended her funeral on Monday.

Nine-year-old prince and seven-year-old princess of Wales joined the funeral procession in London. Both royal children walked with their mother Catherine and father William. Meanwhile, King Charles III was proclaimed as the new monarch of England on September 12 after his mother Queen Elizabeth II.