Charles told me: Listen to what King Simeon II is saying, each his word is priceless... As in fairy tales, some dreams to come true, there must be... a real Prince

Stories these days rarely begin without a phone call, or an email received…

This one started with the first one. The King-Prime Minister called me and, in his style, without emphasizing on any word and in an even voice, as if he were reading a boring essay, he said to me:

“Behar, in a few days I will be in London, we have some business friends, they will also be there, the Prince also said that he can stop by, so if you want to say a few words there too...”

I kept the tone, but I have updated it a little to make it quite clear what The King wanted to tell me in fact. And it was - I will be in London, come with me and see Prince Charles.

Basically, with almost the same lexical rhythm, my food friend, the former Foreign Minister Solomon Passy wanted to introduce me to Pope John Paul II, and he – the Pope, not Solomon – got sick.

And now we did not meet Charles either, but thank God, he was not sick.

The Prince - as the King called him, didn’t come.

I had no idea why. I only know that I didn't like this at all, once already didn’t get to meet with Pope John Paul II (after five or six years I made up for it), now the same situation with Prince Charles was too much for me...

Well, just recently, I stayed up all night thinking what shall I bring him as a present.

And this is not an easy task at all. If I had come out of a story or a novel by Aleko Konstantinov, but a modern one, the job would have been easy - I would have got a few small jars with rose oil, or an icon of St. George or St. Mina, or perhaps a nice revival picture from Koprivshtitsa or Karlovo …

But that wasn't my style.

I just wanted something modern and something that would go down into history. That is why wrote a short Standard of Business Ethics, or in general, what I wanted to happen in my company, and many others, in the next ten to twenty years - to be open, honest, honorable, and successful, full of happy employees with a sparkle in the eyes. It was Sunday morning and somehow, I worriedly called my Scottish friend Gilbert McCall, who then managed the office of the consulting giant KPMG in Sofia, he immediately agreed to meet, a purely British editing of the text went through, I found two frames at home, put the printed text in them and

the next morning, I was already on the plane to London...

It's just that Prince Charles didn't come, and while I was talking to the businessmen from the small tribune of the Bulgarian Embassy in London, I was thinking about how to get out of this situation. I handed one copy of the Standard to King Simeon, and for the other, I said I would send it by mail to the Prince. Then I saw a hand raised in the hall and a lady in a fancy big hat saying that she was here on his behalf and could take the frame with the text. I handed it solemnly from the stage and, to get out of the situation, added: "Give my regards to His Royal Highness The Prince of Wales and tell him that if he does not come to Bulgaria in a few months to see his business foundation,

It was a joke of course, the room erupted, dozens of presentations and face-to-face meetings followed, and I had already forgotten about those words of mine, until one day, probably a week later, my assistant literally flew into my room and blurted out, “Y-you hha-ve a letter from Prin-ce Charles…. But I aa-m t-too scared to o-pen it..."

It was an invitation for lunch at St. James's Palace, from where the Prince of Wales was officially proclaimed King Charles III last weekend. I also received very long, detailed, and precise instructions for lunch. And yet I had to be at the Royal Automobile Club, not far from the Palace, at 7.30 a.m., to receive again very extensive instructions on how to behave,

how to address him, what to have in my pockets and all the other details. Easy to remember, at least for me - even a bit redundant, but in fact the Royal Automobile Club had nothing to do with cars, probably a century ago it had. I met a few lords who had come to breakfast and managed to look through the latest issue of The Times, the newspaper with which every table was decorated.

There was no security at St. James's Palace,

or at least it was completely invisible. An elderly and not so remarkably dressed short porter opened the door for me, heard my name, didn't ask me for any documents, somehow assumed that as soon as I came and said my name, it was really me and directed me to the wardrobe. I had to leave everything there, cell phone, keys, credit cards… I actually knew about this beforehand and only had a phone with me which I willingly left there. I was staying in a very small and cheap hotel not far from Buckingham Palace, and when the owner, a Pakistani, saw me coming out in the morning dressed formally, casually remarked, “Business meeting, right? Hope you make profits…”. I answered him even more casually: “Ah, no. I'm going to lunch with Prince Charles nearby to see how he's doing…” He stared at me and I'm sure he still doesn't believe it but is convinced that I'm lying to cover up my real business dealings who knows with what. 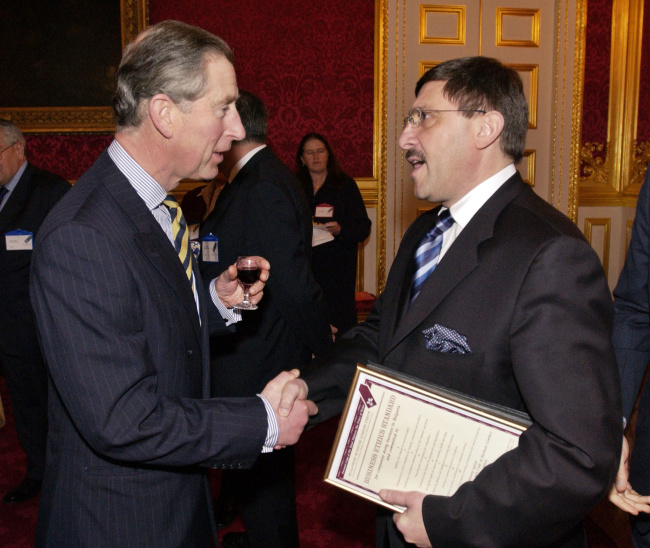 King Simeon, how are people accepting him, is he handling the Prime minister position, is the media not attacking him a lot, as it is here... “. We continued with what is happening in Bulgaria, how important it is for business to be ethical, to set a good tone in society, to educate its employees in respect for the state. 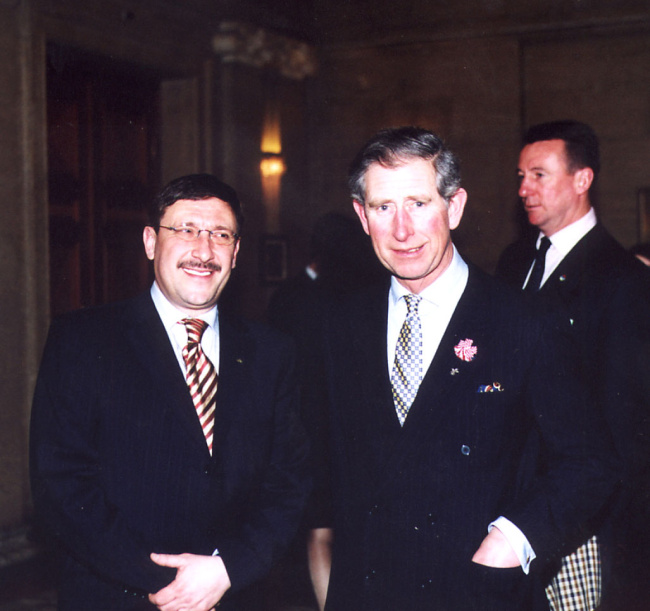 He behaved lightly and freely, tried his best to make me feel at ease and - almost - at home. All the time looked to me straight in the eyes and listened carefully, not to answer with a ready expression, but to understand what I was telling him. It's not that many people I've met with such a reflex, but - believe me - I've met quite a few. His voice was soft, velvety, calm, and distinct. He was the first Brit with whom I had no trouble understanding because he spoke slowly and distinctly, unlike tens of thousands of others whose British-English any non-Englishman would find quite difficult to deal with.

“You have a great wealth in Bulgaria,

King Simeon, your Prime minister. I am so glad that he is finally back in his homeland, and I see that he is making huge efforts to serve it with dignity and do good things. You, the business managers, must help him, because you are important participants in these changes, and every prime minister in the future will need you, not only Simeon. 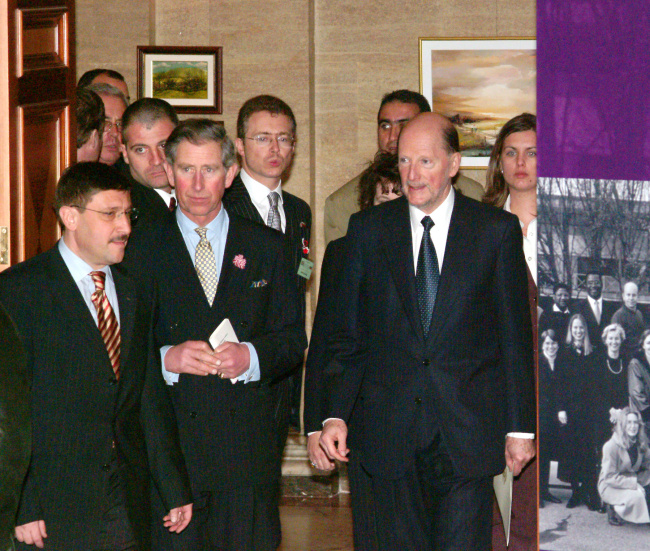 I waited for this moment and, being careful not to knock over any napkins or utensils, I took out the framed Standard of Business Ethics previously hidden under the table and formally handed it to him. "Here – I said, - In our opinion, Simeon and everyone else in our country need such a business, - respectable, honest and transparent. That is why we believe in what I am now giving you. The most valuable thing our country needs, the foundation of everything we do - integrity."

Now, in the year 2022, I know this may sound a little too much, but 20 years ago, these words told by a Bulgarian, and in St. James's Palace among all those antiques, heavy tables and chairs, paintings, and massive gold, they were right on the spot. 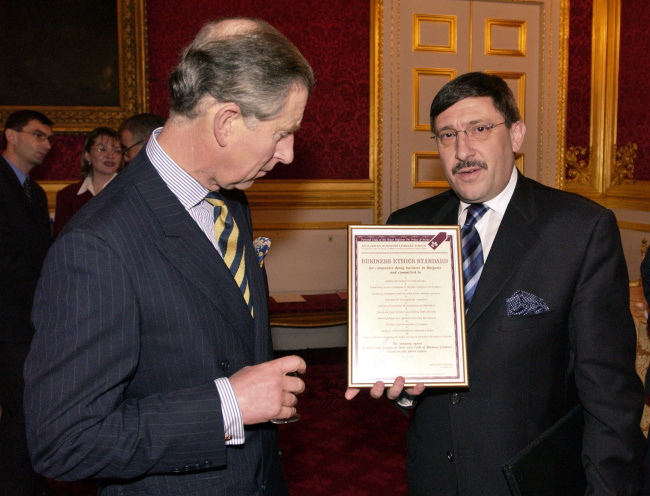 Charles was rather amazed,

picked up the framed text, read it word by word and said quite calmly and with a slight irony: "You have written it beautifully, I hope it will be understood and accepted by the business, I am not sure that this text will be accepted very positively in Britain..." It was a light joke, but it was also part of the whole tone of the meaningful two-hour conversation. We were already parting ways when he said to me again: “Oh, so I don't forget, I don't know if I told you already. Every word of King Simeon is now important for Bulgaria, listen carefully to what he says, I have known him for a long time, he knows very well what he is doing and what he is saying". 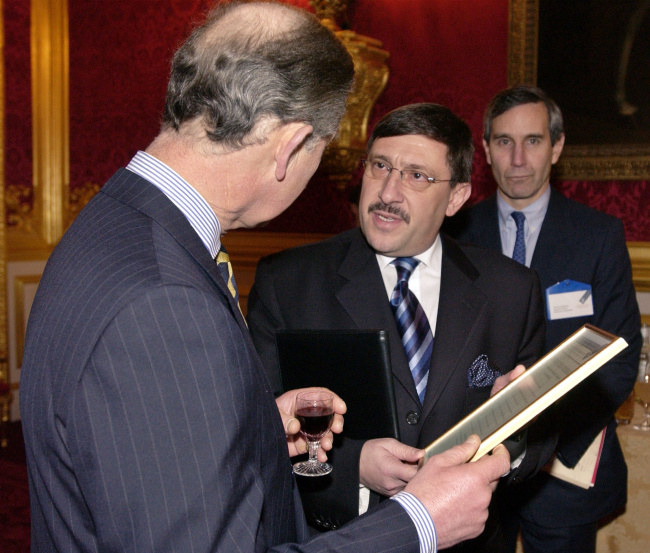 After that, we moved on to his present - a meeting with several British businessmen, in front of whom I had the opportunity to talk about Bulgaria, what a great country it is, how they should not hesitate, even for a second,

and immediately come to invest in us...

As he sent me off and played with the brand-new Nokia model I had just bought, which had just been returned to me by the porter and clicked his tongue in amazement at this marvel of technology. He said to me a little worriedly, "I want to come to Bulgaria, but I may have a problem with the protocol of the Palace, it is not typical for someone from The Family to visit a country outside the Commonwealth twice in less than five years...”

Only a month later, the then British ambassador in Sofia, Ian Soutar, rang me somewhat hastily and asked me if I could immediately, but really immediately, have tea at his residence and as I entered, he immediately took me by the hand, we went out into the garden. He looked at me with wide eyes as if he had just won a million in the lottery and almost shouted:

Indeed – after a week, the ladies with big hats from Prince Charles's advanced team landed to start preparing the visit, then my colleagues from the press office appeared, then the security...

The rest was like a fairy tale, one of the best, and of those that come true. 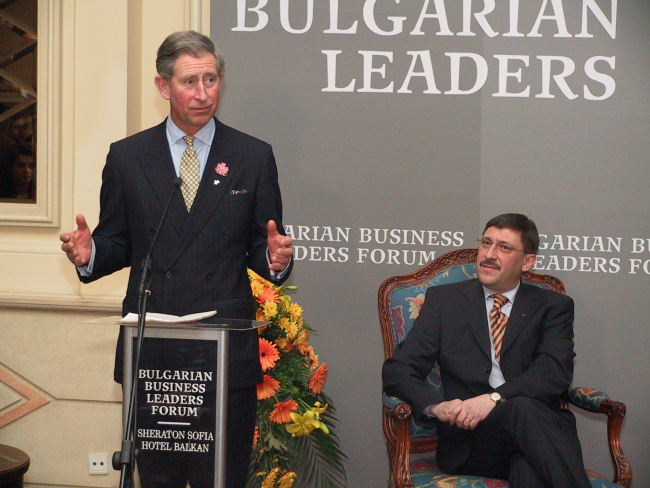 Prince Charles landed in Sofia in March 2003 with journalists from about twenty British TV channels and at least as many radio stations and newspapers, and most importantly - with a group of a hundred businessmen. Only weeks later, the British newspapers were filled with advertisements for properties by the sea and in our mountain resorts, and after a year, a number of British people bought houses and land, many of them have already settled in Bulgaria, not a few of them are even happily married. And they "pulled the feet" for dozens more investors who made Bulgaria a better country. 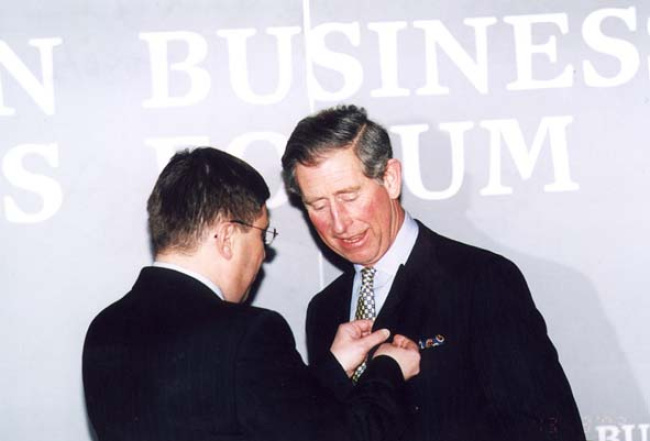 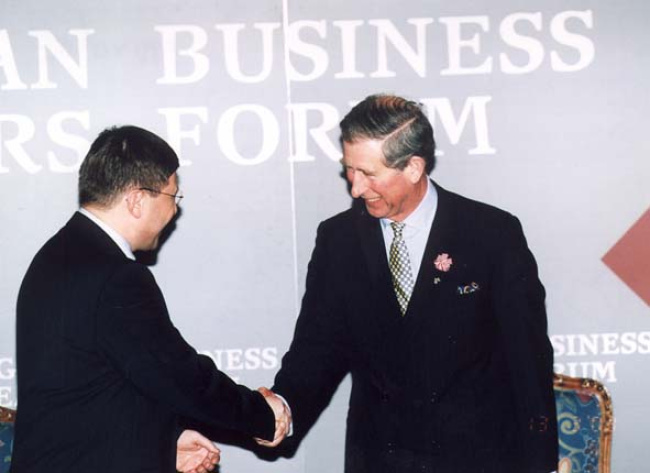 Some dreams really do come true.

And for some of them - as in fairy tales - you need a real Prince. 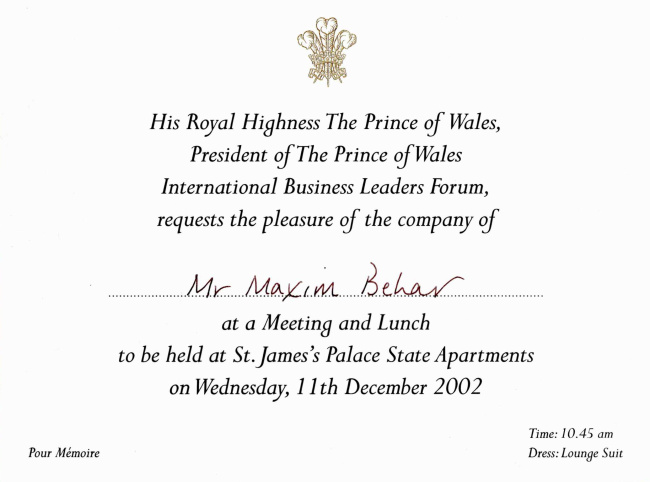 The article was published in 24 Hours Daily in Sofia on September 17, 2022

*Maxim Behar hosted the second visit of Prince Charles, now King Charles III, to Bulgaria in March 2003 in his capacity as Chairman of the Bulgarian Business Leaders Forum. Behar is a globally recognized PR expert, the influential publication PR Week recently named him the best PR professional in Europe in its annual ranking for 2022. He graduated in Economics in Prague and in Leadership skills at the Harvard Kennedy School. He runs the flagship PR company M3 Communications Group, Inc., is now the President of the World Communications Forum Association in Davos, Switzerland and is the Chair of international growth of the World PR organization ICCO.