"The Bulgarian army will continue to help the population in the flood-affected settlements in the municipality of Karlovo for at least another month. A new plan is to be drawn up, according to which the participation of the military personnel in the restoration activities will be carried out." This was announced by the commander of the 61st mechanized brigade, Brigadier General Deyan Deshkov, who leads the work of the military personnel in the affected settlements. 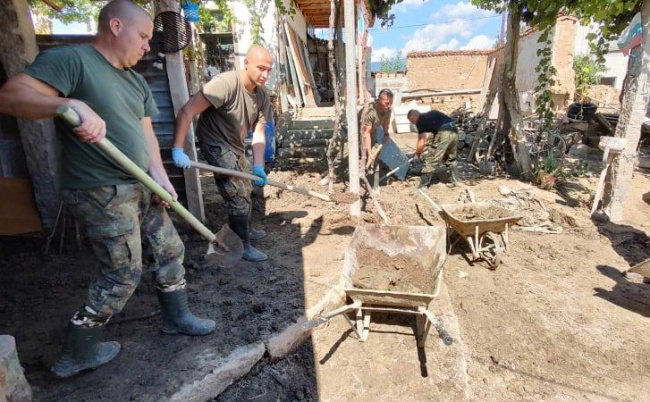 For the eleventh day now, military personnel from the Ground Forces and the Air Force continue to provide assistance in removing the damage caused by the flood in public buildings and private homes of single people in the most affected by the disaster populated areas of the municipality of Karlovo. 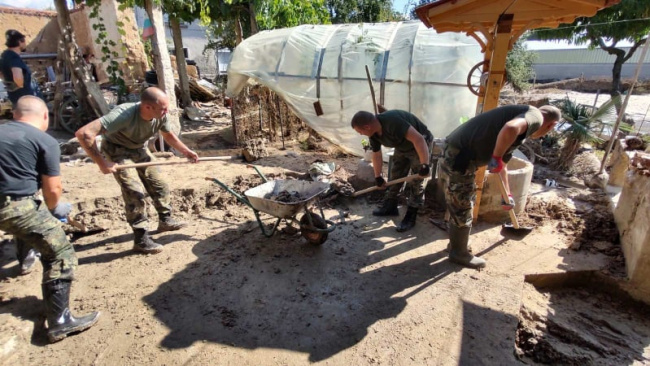 Today, September 12, in the villages of Slatina and Karavelovo, 63 servicemen with 5 units of equipment from the 61st Stryama Mechanized Brigade are helping. 40 people from the two air bases - in Graf Ignatievo and Krumovo - are working on clearing and rebuilding the village of Bogdan.

The Bulgarian army intervened to help the population in the early hours of September 2, after the disaster. "Water is an element that should not be underestimated and the current was extremely strong at the time. The risk of losing one of our people was also quite high. We managed to provide assistance and evacuate the people whose lives were in danger", said Brigadier General Deshkov.