Another March Against EuroPride in Belgrade A third mass march in support of “traditional values” ​​and the family took place last night in Belgrade.

Serbian President Aleksandar Vucic announced that the European Pride, planned for September 12-18, will be cancelled. The reason was the crisis in Kosovo and Metohija and the risk of unrest. EuroPride organizers said the event would go ahead, but without the parade.

Earlier, the Serbian Orthodox Church called the faithful for a mass prayer in front of the largest church of “Saint Sava” in Belgrade on September 11 in defense of traditional values. Patriarch Porfirije called the decision of the country's leadership to ban the EuroPride parade the right one. 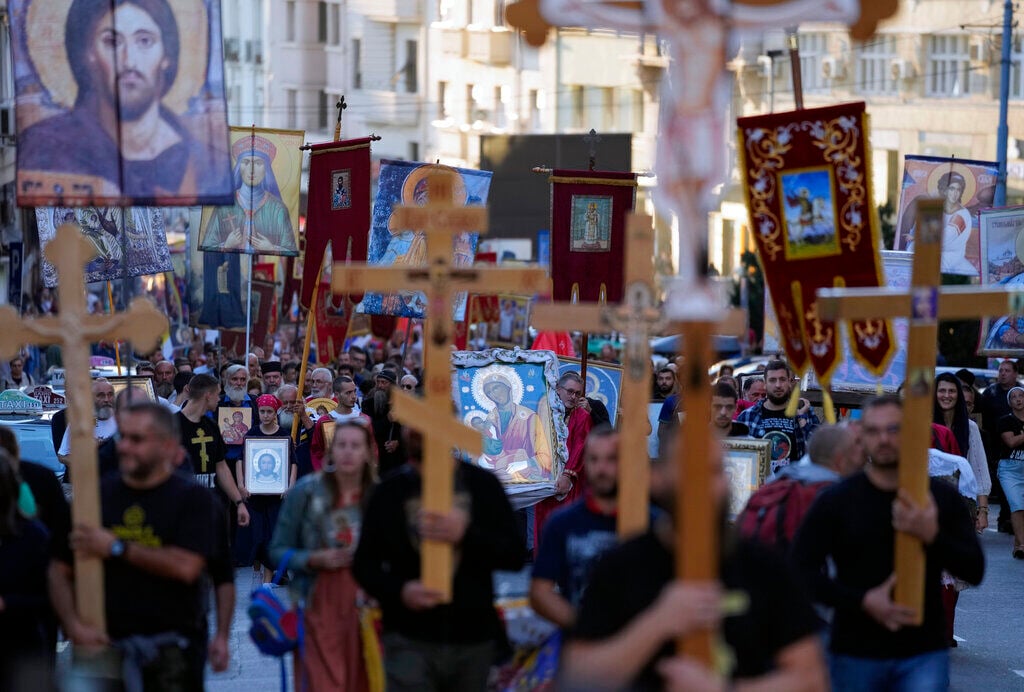