Bulgaria: A New Group of 50 Migrants was Detained in the Burgas Region

Border police detained 50 migrants from Syria on the main road from Malko Tarnovo to Burgas to the village of Krushevets.

The migrants are mostly young men, among the detainees there are also women and small children.

They told BGNES that their goal is to go to Germany. They asked for medical assistance, as some of them have injuries from the long journey across the border. They probably expected a bus to transport them.

The migrants will be taken to the Border Police HQ in Malko Tarnovo, where they must be provided with an interpreter and be examined and searched.

According to our sources, criminal elements in Turkey and Bulgaria arrange the migrant traffic that occurs through our border. Mobsters from Pakistan and Afghanistan have settled in Turkey and they are the main driving force that arranges such big groups to cross the Turkish-Bulgarian border. From the Bulgarian side, there are organized criminal elements, with political backing, that help the traffickers to transfer the migrants to the Bulgarian-Serbian border. Before the accident in Burgas, which directed the public eye to this issue, the migrant traffic through Bulgaria was a well-known “secret”. 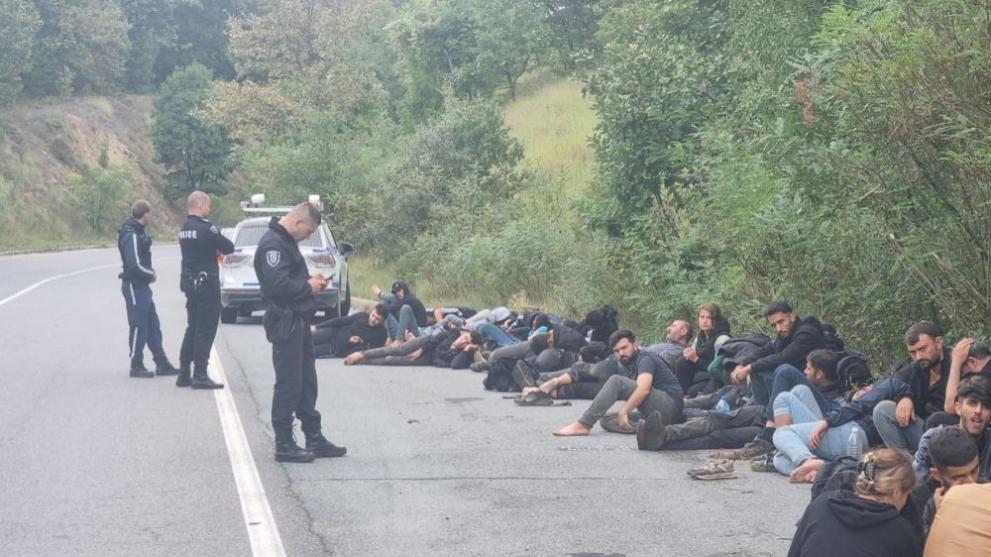