Floods in Bulgaria: 36 People were Evacuated from Karavelovo and Bogdan. President Radev arrived in the Villages

The situation remains difficult in the villages of Bogdan and Karavelovo in Karlovo region. There are a total of seven villages in the area that have declared a partial state of emergency. President Rumen Radev also arrived in the village of Karavelovo before noon. He met people affected by the floods.

36 people were saved by boats and by various alpine techniques in the area of ​​Karavelovo and Bogdan this night. A 90-year-old woman is among them, currently being cared for by Emergency Services. All those in need of shelter and food are accommodated and fed, the people who need medical assistance are accommodated in the municipal hospital in Karlovo but these are patients with chronic diseases, no one was injured by the water element. A temporary bridge will be built today so that water and food can be delivered to the detached parts of Bogdan and Karavelovo.

The situation in the villages of the region, affected by the flood, remains critical. People are no longer in danger but they are distraught by the damage to their homes and property. Fortunately, the upper floors of the houses have saved them from more serious incidents.

Has your family been at risk?

"It was in the attic of this house. With my mother, the daughter-in-law and the child - one and a half years old. They were saved by the Civil Defense. I don't know how they saved them. I am very grateful to them!" said Nesho Nankov to the BNT team in the area.

We understand that you are one of the people evacuated by helicopter, there was no other way to save yourself.

"Yes, the guys came, we were on the floor. Firefighters, divers. My wife can’t walk. They brought a trough, took her with the trough and we brought her out on the water. Thanks to these guys, if it weren't for them, we would have died there," said Tsenko Nankov.

More than 24 hours after the flood in Karavelovo, people still do not have access to their houses. Mud and huge logs stop 78-year-old Ivan Nechkov at the entrance. Many people are convinced that it is not only the heavy rains that are the cause of the flood.

"One hundred percent - that the rivers are not being cleaned either. Before they used to give a dry mass to be cut, to clean the riverbeds, now - nothing. They are cutting head-on, the ravines are being filled... This is a wave, this can't be come to us so easily," Nesho Nankov said.

The institutions are convinced that the large amount of rainfall is the cause of the disaster. Climate changes require new measures at the state level for a more comprehensive interaction between state structures, the head of defense, Admiral Emil Eftimov, pointed out.

"We are working with the fire department, with the Emergency Safety Directorate but it seems that it is time to think about Civil Defense, volunteer units... The favorable factors are that it happened near the points of permanent deployment of our garrisons and we can react quickly. But if it happens in a remote location, far from our garrisons, the possibilities will be limited," said Admiral Emil Yevtimov, chief of defense.

While the emergency teams are working in the most affected areas, the picture from the last hours of the areas of the nearby villages of Trilistnik and Chernozemen shows that the Stryama river continues to flow and has reached more settlements. BNT reported that the mayor of Trilistnik organized the evacuation of families from the village.

Farmers affected by the floods in the Karlovo region can submit applications for support and inspections from today - September 3, 2022. The documents will be accepted at the Municipal Services "Agriculture" according to the location of the properties. Given the short deadlines, the services will work without a day off. The support will be granted on the basis of investigative protocols, and the funds will be paid out as soon as possible, the Ministry of Agriculture reports.

Applications can be submitted within 10 days of the occurrence of the event. An inspection of an affected area is carried out when conditions permit an assessment of the damage. Farmers with 100% ruined areas will be assisted through state aid to compensate for damage to agricultural crops caused by adverse climatic events equated to a natural disaster, is also said in the announcement. 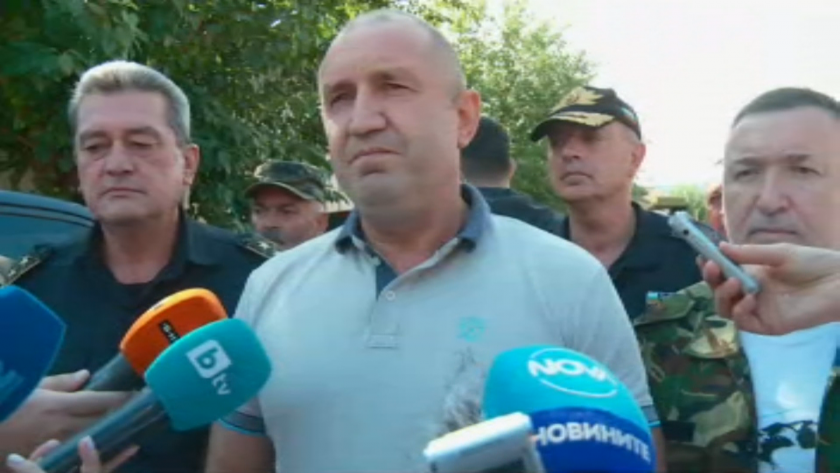 President Rumen Radev from the flood-affected area: “The most important thing is to make sure that there are no people at risk”

President Rumen Radev arrived today in the area of the five villages of Karlovo region, which were severely damaged yesterday after heavy rains and flooding.

"The most important thing is to continue the inspection to make sure that there are no people at risk. When the situation calms down, to describe the damage so that the state can help with everything it can. We know from before, obviously and in in the future we will have similar challenges, we must think in terms of emergency prevention teams. There must be very well-prepared specialists," said the head of state. 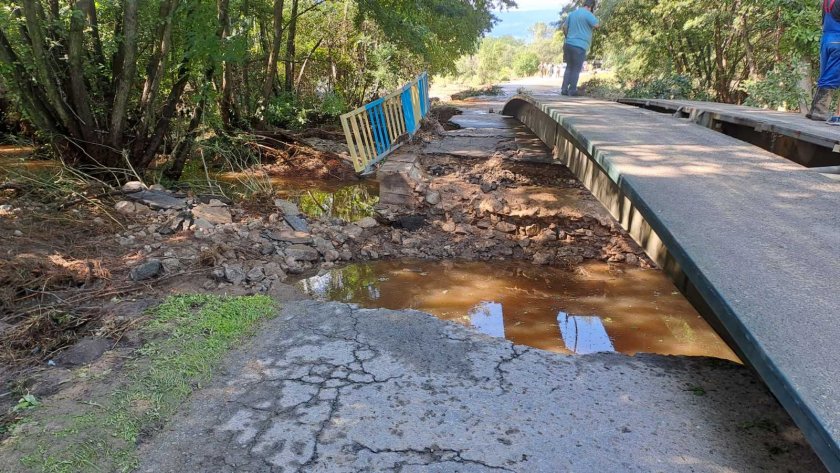 The military built a temporary bridge in the village of Bogdan, the main task today is the delivery of food and water

In the village of Bogdan today before noon, soldiers from the 61st Stryama Mechanized Brigade built a temporary bridge. However, it is still not passable as it needs to be further strengthened.

Since the morning, emergency rescue teams have been going from house to house to make sure that there are no people in distress.

The main task for today is to provide food and water for the populated areas, said Brigadier General Deyan Deshkov. 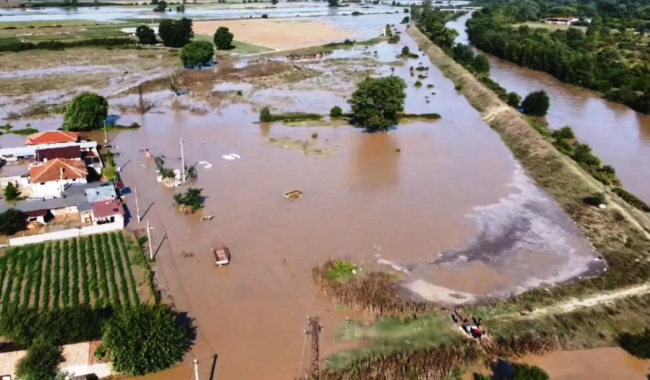 The Stryama River flooded Trilistnik, people are being evacuated

The village of Trelistnik is under water, announced the mayor of Maritsa municipality, Dimitar Ivanov, who is in the village. The water has invaded even the higher parts of the village. According to Ivanov, the situation is dire, as the village is blocked from both ends. At the moment, with the help of two firefighting teams, volunteers and tractors, around 50 people have been evacuated.

“We are seeking help from all institutions to help in the disaster”, he added.

According to the mayor, the water is not only from the river, he admitted that it is possible that walls of dams also broke.

The head of the National Service "Fire Safety and Protection of the Population" Nikolay Nikolov announced that the situation in Trilistnik is currently calm, the water is about 50 cm.

He added that 40 people had been evacuated, 2 Air Force helicopters had helped with the evacuation, and heavy equipment from the Agriculture Ministry would rebuild the levee or make new openings to drain the water.

Businessman Krasimir Kumchev said that the tidal wave reached the village around 8:30 am.

He said that some of the people went to Rogosh, others to Plovdiv.

Kumchev stated that this year, for a long time, "Irrigation Systems" have not cleaned the troughs of their facilities - irrigation and drainage canals, and because of this, the water overflows very quickly. 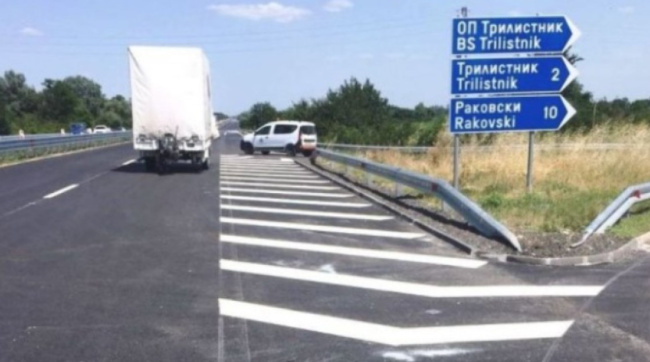 The emergency lane in the area of km 134 of the Trakia highway in the direction of Sofia is flooded. For this reason, movement is possible only in the left, active lane, warned the Plovdiv Police Directorate.

Drivers should be careful and comply with the instructions of the police officers who are on the spot.