Two accidents on the Trakia highway near Stara Zagora make traffic in the direction of Burgas difficult.

At kilometer 220, a platform transporting iron broke down. The load has spilled into the ditch.

A few meters from the first accident, a car with Sofia registration overturned on its roof. A mother and a child traveling in the car suffered minor injuries. They have been examined and are in good condition, confirmed the University Hospital in the city for Radio Stara Zagora.

Traffic is restricted in the overtaking lane, which is the reason for the formation of columns of cars.

Traffic at the junction for Zmeyovo is temporarily restricted to one lane on the I-5 Stara Zagora - Yagoda road due to an accident. Drivers should drive with caution and appropriate speed, following the instructions of the "Traffic Police" officers.

A motorcyclist died on the Stara Zagora-Kazanlak road

A young man died with his motorcycle in an accident on the Stara Zagora-Kazanlak road. For reasons unclear at the moment, he crashed into the guardrail during a slight right turn. The blow was fatal. Traffic in the area is regulated by the police. 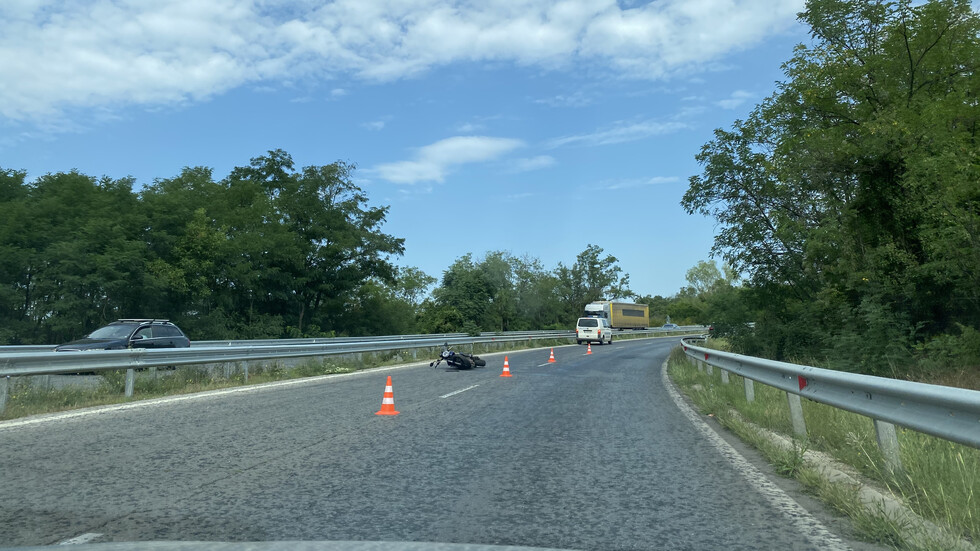