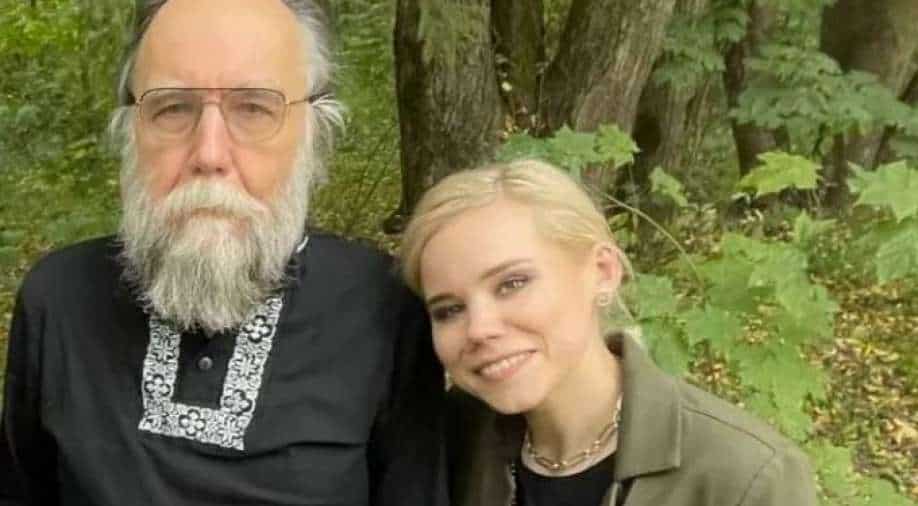 According to initial information, the car exploded while driving, while 30-year-old Darya was returning from a festival in the Moscow region. The woman died on the spot.

According to acquaintances of the victim, quoted by TASS, referring to Andrey Krasnov, head of the public movement "Russian Horizon" and an acquaintance of the deceased, the car was owned by her father and it was he who was supposed to travel in it.

Alexander Dugin at the site near Moscow where his daughter Darya was killed tonight in a car bombing.pic.twitter.com/4lTYDMTR9s

"Yes, a very tragic event, I knew Darya personally. Dasha came to a big discussion event, because ‘Traditions’ is a festival, but not in its classical form, but a discussion about current trends in the cultural, musical, film, literary sphere. I was there myself," Krasnov said. "Near the village of Bolshie Vyazemi, there was a detonation, the car caught fire immediately and was completely engulfed in flames, it lost control because it was driving at high speed and flew to the opposite side of the road," he said.

"This is her father's car, Dasha drives another car, but today she was driving his car, and Alexander Gelyevich (Dugin) was traveling the other way. He returned and was at the scene of the tragedy. As far as I understand, Alexander Gelyevich was directly targeted, and maybe both of them were," added Krasnov.

Aleksandr Dugin is a philosopher and publicist, he has been repeatedly defined by Western media as one of the "brains of the Kremlin". He is considered a modern ideologist of the so-called "Russian world" - a society united around the Orthodox religion, as well as around Russian culture, language and traditions. In a political sense, the concept is defined as a geopolitical perimeter centered on Russia.