Ukraine Stopped the Transit of Russian Oil to Hungary, the Czech Republic and Slovakia The Russian state company "Transneft" announced that Ukraine has stopped the transfer of Russian oil through the "Druzhba" oil pipeline to Hungary, the Czech Republic and Slovakia since August 4.

According to the press secretary of the company, the reason is that the Russian side cannot pay for the transit under the conditions of sanctions imposed by Europe.

The Ukrainian company has not found "financial assets" to perform the service, but works on a prepaid basis.

Reuters notes that companies in the three countries did not respond to requests for comment. Earlier today, Bloomberg wrote that there were no new deliveries to the countries for days. The publication 444.hu notes that for Budapest this could be a big problem given the low prices maintained by the MOL company thanks to Russian oil - if this flow is cut, the measure will hardly last.

In Slovakia, however, Energy Minister Richard Sulik has virtually confirmed that his country is no longer receiving Russian oil, telling HN Online: "We are resolving the situation, but it is very unclear. We will comment tomorrow at the earliest."

According to RBC, "Transneft" has received confirmation from "Ukrtransnafta" about the decision.

The funds have been transferred, but returned to the account: Gazprombank, which handles the payments, has informed Transneft that the funds have not arrived because of the seventh package of sanctions, Igor Demin, the press secretary and adviser to the president of Transneft, explained to RIA Novosti.

The "Druzhba" oil pipeline passes through Belarus and from there branches off to the north (towards Poland and Germany) and to the south. Transit is currently not carried out in the south - the branch that crosses the border of Belarus with Ukraine. Along this route, the three countries receive 250,000 barrels per day.

An exception was made for Druzhba deliveries to the three countries when the European Union approved a partial embargo on Russian oil imports in May.

However, Transneft has been under sanctions since March as part of the fourth package of measures because of the war in Ukraine. Gazprombank did not fall under the scope of the sanctions. 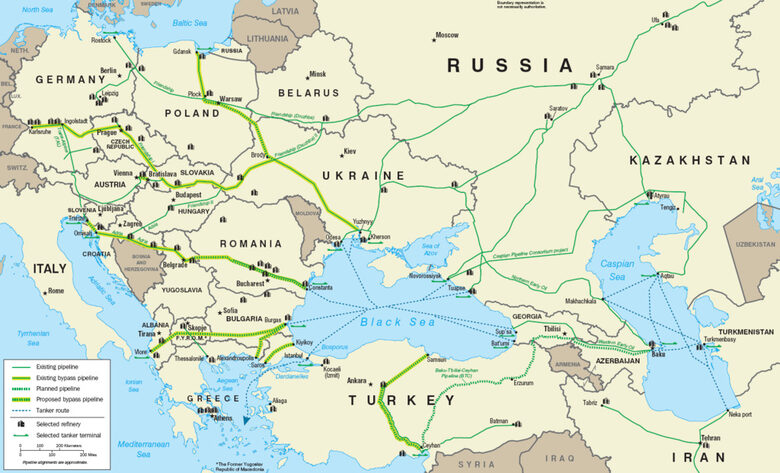 The operator explains that the payment for August was already made on July 22. The Ministry of Energy, the oil sector and Ukrtransnafta have already been contacted for comment, but Ukraine has not publicly and officially commented on the requests.

In December 2019, Transneft extended the oil transfer contract with Ukraine until January 1, 2030.