Leader of BSP: Tomorrow we have to Close the First Stage of the Talks

"Tomorrow we have to close the first stage of the talks, there is support regarding the program, next week we will continue the talks on the personnel composition," said BSP leader Kornelia Ninova.

According to her, the goal is much bigger than personal contradictions and ego.

"There is a high degree of agreement and support for the program, which we will work out in detail and present the final version. There are no serious discrepancies. We talked about the Anti-Corruption Commission and the election of Boyko Rashkov, and here the discrepancy is not about the essence of the matter, but about the timing, we cannot to keep the mandate indefinitely. ‘We Continue the Change’ want to first pass the law on about Anti-Corruption Commission, which will guarantee an anti-corruption majority by voting in the parliament, not on words and negotiations only and then proceed to further actions, but this raises the question of how long the mandate can be kept," Kornelia Ninova added.

She specified that parliamentary procedures, shortening of deadlines, extraordinary meetings, if necessary, were discussed.

"We are not holding talks with individual MPs from ‘There Is Such a People’ to split off new ones. The opinion for a political cabinet prevails in the first stage of the negotiations. The effort is to bring everyone to the same table. At the beginning of next week, we will finally present the program. We have not planned to talk to Elena Guncheva. We will wait for the procedure for the anti-corruption law, we will not comment on names and ministers before we finish the program and it receives full approval," said Kornelia Ninova. 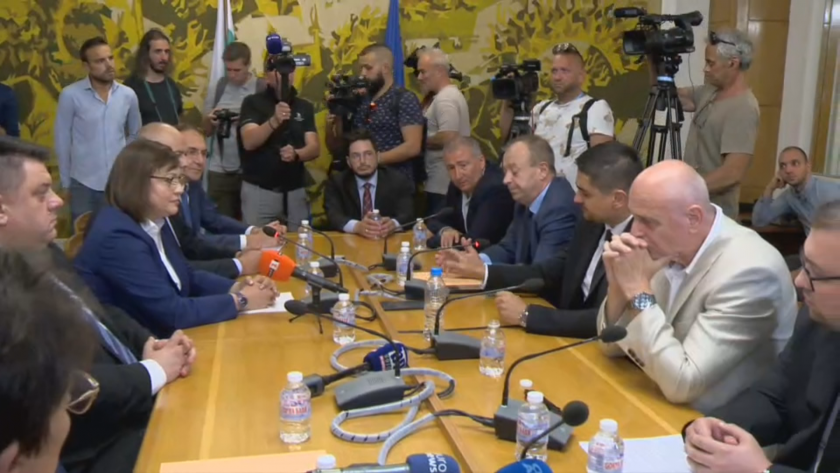 BSP at the meeting with the independent MPs: We only put the program on the table

"We are only putting the program of these first talks on the table. We are looking for an agreement on the policies and the legislative framework in the next 6 months," said the leader of the “Left”, at the meeting of the Bulgarian Socialist Party with the independent deputies that split from “There Is Such a People” (TISP).

"BSP is not looking for a fictitious conversation with which to make unrealistic use of the third mandate. The Bulgarian people expect at the moment that there will be no elections and we will do our best as long as there are no insurmountable differences, even if these 6 votes are not enough and are necessary if you have the support of ‘There Is Such a People’, but we think they are important", Radostin Vassilev added.

He expressed skepticism towards the declared dialogue on the part of TISP.

"We warn you that you must be extremely careful in assessing their willingness to work, because they could and should have shown it during the current government. They did not show it during the implementation of the first mandate. I hope you will unite them under common goals and policies and leave the composition of the Council of Ministers on the back burner. We are ready to discuss all spheres of government," said Radostin Vasilev.

The Socialists are looking for a majority in the 47th National Assembly among their, until recently, partners from the quadruple coalition, which would be based on the governing program drawn up by WCC, BSP and DB.

If the first round of negotiations goes successfully even today, there will be talks about the structure and personnel composition of the cabinet. Kornelia Ninova has so far stated several times that the candidate for prime minister should be proposed by the largest parliamentary group - "We Continue the Change".

If a new quadruple coalition is formed, WCC, BSP, TISP and DB will gather a majority of 128 MPs, even without the support of the independent MPs. 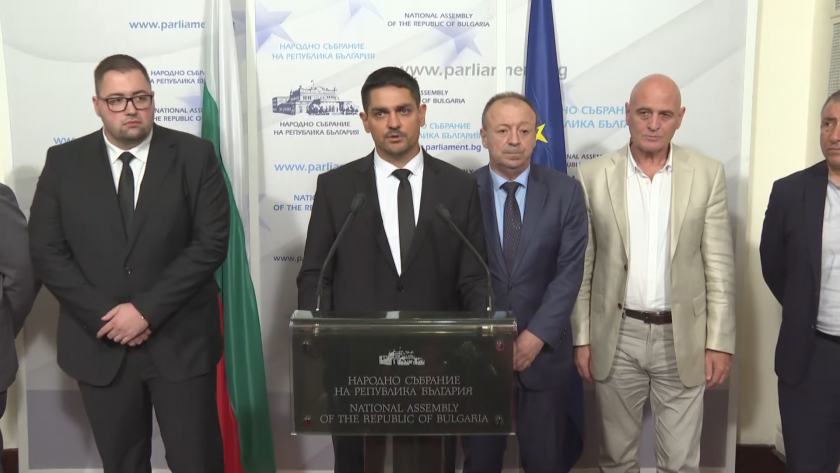 Radostin Vasilev after the meeting with BSP: “There Is Such a People” made a number of corrections in the program, tomorrow we will come out with an opinion

The deputies who broke away from the “There Is Such a People” (TISP) met with the Bulgarian Socialist Party (BSP) in the framework of the consultations for the third mandate. The resigned Minister of Sports Radostin Vassilev was also present in the hall.

"We only discussed a management and legislative program for a very short period, which would ensure the normal functioning of the state. We were informed about a number of corrections made by TISP in the program and we are committed to coming up with an opinion on them by the end of the working day tomorrow," said the sports Minister in resignation Radostin Vassilev.

Personal composition of the cabinet was not discussed, the desire of the WCC for quick adoption of the anti-corruption law and the appointment of Boyko Rashkov as head of the Anti-Corruption Commission was discussed.

"We are very skeptical about the sincerity behavior of TISP and their dialogic nature. We know very well the character of the party and what/who is leading in it. Accordingly, we have warned BSP and the other coalition partners about the consequences of a second explosion caused by the same partner," commented Vasilev.

“Our votes do not have the weight to decide whether there will be a government or not”, commented the independent MP Ivo Atanasov.

"The question is for the three parties - WCC, BSP and DB to come to an agreement in some way with an unpredictable and unstable coalition partner, which could be TISP. If they succeed, they will have our votes for everything we think is right," he said.