Bulgarian Politics: Common Positions after the Meeting between BSP and “There Is Such a People" "We have a series of conversations with you coming up. We have serious intentions to form a government, because we know what awaits us in the coming months," said leader of the Bulgarian Socialist Party (BSP) Kornelia Ninova. She asked “There Is Such a People” (TISP) for three things.

"First, say your position on whether you would like us to form a government. Second, we want it to step on the agenda, which is open to proposals from TSP. Since you did not take part in drawing it up, it is absolutely logical that you should express an opinion. We have sent it to you in advance," Ninova said. "And thirdly, let's not talk about the structure and personnel of the Council of Ministers today," Ninova said.

"Thank you for not going around our deputies one by one and explaining to them how important and free they are," said Toshko Yordanov. "In our opinion, it is best to form a government with the four parties we have had so far. As for the program, it largely covers the coalition agreement that we made before. We have read it and are coming with ready proposals", Yordanov also said.

"Thank you for the invitation! Today we will show if we have the wisdom and vision to rule. We firmly state that we are ready for constructive talks. We are convinced that elections are not necessary - they will only deepen the crisis and the likely outcome will be another election. Let's put our ego behind us in order to form a cabinet", called for Iva Miteva. "About the program: we have matches on almost all points. We will work for the reform of the judicial system, healthcare, education, social policy and anti-corruption legislation," Miteva said.

After the end of the meeting, Toshko Yordanov confirmed that there have not yet been discussions about the structure and personnel of the Council of Ministers.

"We will support the procedural rules for electing a new chairman of the Anti-Corruption Commission, and then the most worthy candidate. We are not against Rashkov's candidacy, but the matter must be discussed", commented Iva Miteva. 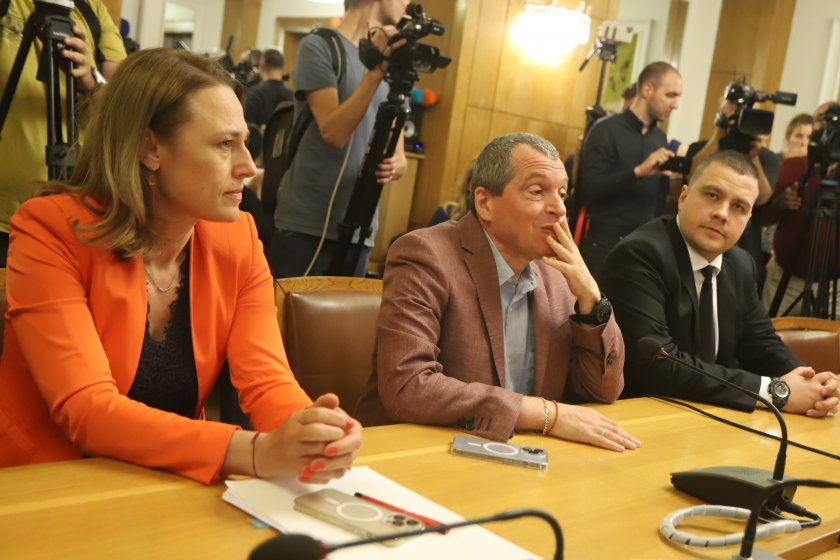 She also listed the bills, the adoption of which the party will insist on. Among them are those for personal assistance, for higher education, for radio and television, as well as the proposal to introduce mobile medical assistance.

Stanislav Balabanov commented on the possible future candidacy for prime minister. "We should not throw any names into the public space without commenting on them. It is bad practice to develop hypotheses. The country has collapsed due to crises and elections after elections will not improve the situation", said the MP.

BSP leader Kornelia Ninova said that the management program was also approved by TISP, and if there are disagreements regarding the composition of the future Council of Ministers, the “Left” will once again hold talks in search of solutions.

Ninova confirmed that on Thursday BSP will close the first round of negotiations, and in the afternoon the meetings will be held first with "Democratic Bulgaria" and then with the independent deputies. Talks about the government will continue with a second round, and the “Left” will not delay this procedure.


Tags: BSP, There is such a people, left, Ninova