Bulgaria needed the win to have a chance of reaching the Final Six, but they were pushed hard by Serbia in the five-set encounter. Bulgaria finally prevailed as Tsvetan Sokolov delivered another high-scoring game. Sokolov scored 26 points, including 20 spikes, five blocks and an ace.

Poland, on the other hand, ensured that they stay in contention for the Final Six after their quick straight-set win over Iran. Michal Kubiak and Dawid Konarski teamed-up to lead the Polish offence, while Iran struggled as they players were held to produce only single-digit outputs.

Belgium are back on track to keep their quest for a Final Six berth after their 3-2 loss to Canada. The Belgians defeated the Italians 3-1 and pushed the latter further down to the Group 1 rankings – their worst-ever campaign in recent World League stints with six defeats in eight matches.
The four teams are hoping to earn one of the three available spots in the Final Six. As hosts, Brazil gain direct qualification; while France and Serbia have qualified on the second week and third week of preliminary round, respectively.
These four also carry the identical 4-4 win-loss cards, but Belgium lead with 14 points, followed by Poland and Russia with 12 and 11 points, respectively. Bulgaria stay in contention with 10 points.

Meanwhile, France bounced back from their loss to the Italians and came up with a convincing straight-set win over Canada. Stephen Boyer nailed 25 points, built on 24 spikes and an ace to be France’s main weapon. Boyer has contributed to France’s successful 7-1 run in the tournament with his excellent scoring game.

Argentina conclued the day's action in with a historic four-set win over their South American rivals Brazil. Argentina, which have never won in their last 23 encounters in the World League, finally recorded a victory on their 24th meeting.

France and Belgium bounced back from their losses on Friday in Antwerp. On Saturday, France defeated the Canadians in straight sets, while Belgium edged Italy in four sets. Boyer’s 25-point performance put him way on top of the best scorer list with a total of 151 points in eight matches.

In Cordoba, Sokolov continues to deliver big numbers for Bulgaria, but his latest contribution gave better influence to keep them in contention for the Final Six. Bulgaria prevailed in a five-setter against defending champions Serbia, which already qualified to the Final Six. In the other match, Argentina came up with a historic win over Brazil. The Argentines won 3-1 to record their first ever win against Brazil in 24 encounters in the World League. 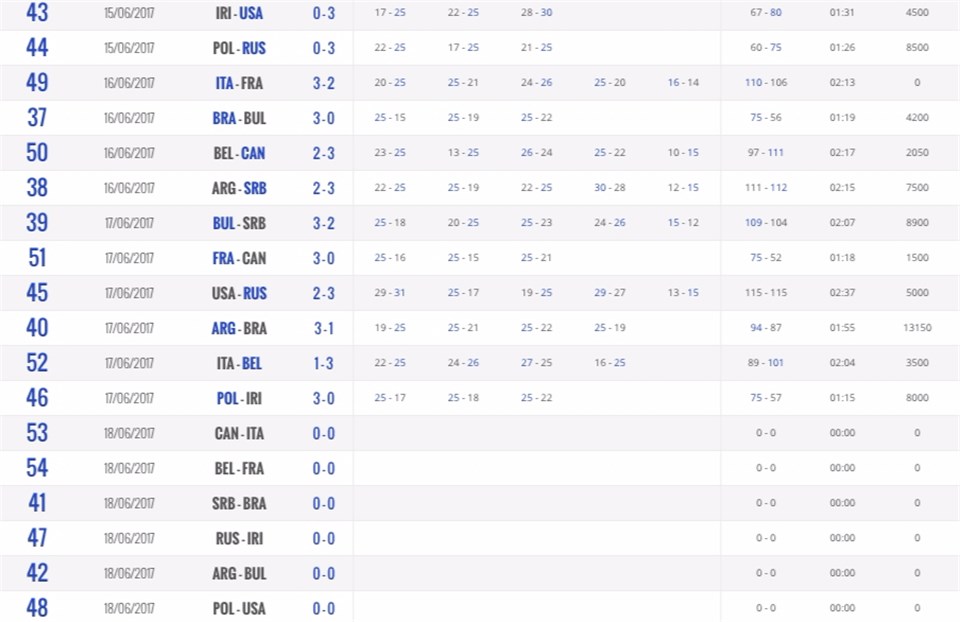 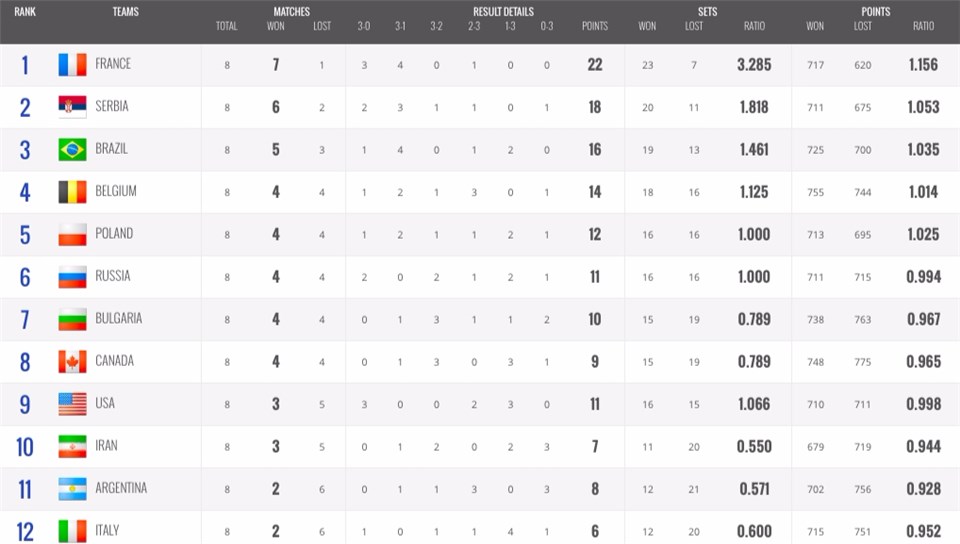 Group 1 preliminary round will wrap up on June 18 with tournaments taking place in Lodz (Poland), Antwerp (Belgium) and Cordoba (Argentina). 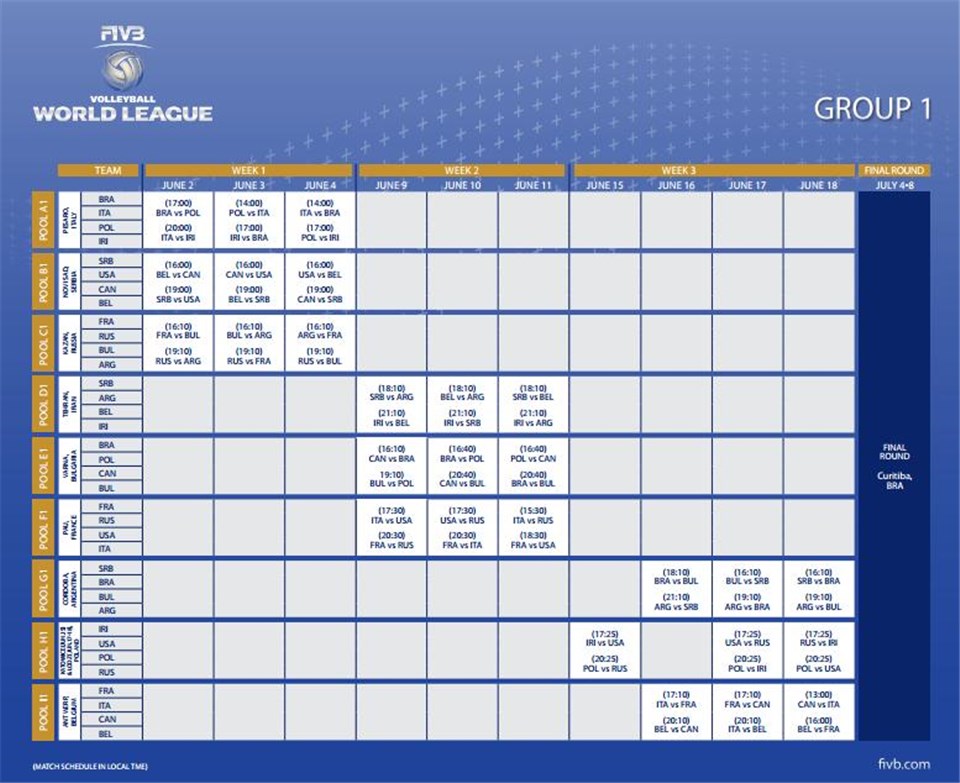 Japan have now won both of their matches against Turkey. In their latest encounter in Kunshan, Japan needed five sets to defeat the European side. Yuki Ishikawa top scored for the Asian team with 22 points, but Masahiro Yanagida played a pivotal role with his excellent service game against Turkey. In the other match, China stunned Australia in a four-set match.

Slovenia continued with its excellent run in the tournament and cruised to a straight-set win over European counterparts Finland in Cairo. The Slovenians consistency helped the team fortify their bid in the World League with an entry to the Group 2 Final Four. Just last year, they captured the Group 3 title and are becoming one of the fastest rising teams in men’s volleyball. Portugal also posted 3-1 win over hosts Egypt, which are currently in last place in Group 2.

The Netherlands are on a five-match winning streak, following their 3-0 home win over Slovakia at The Hague, while Korea stopped their two-match losing streak as they stunned the Czech Republic in straight sets. 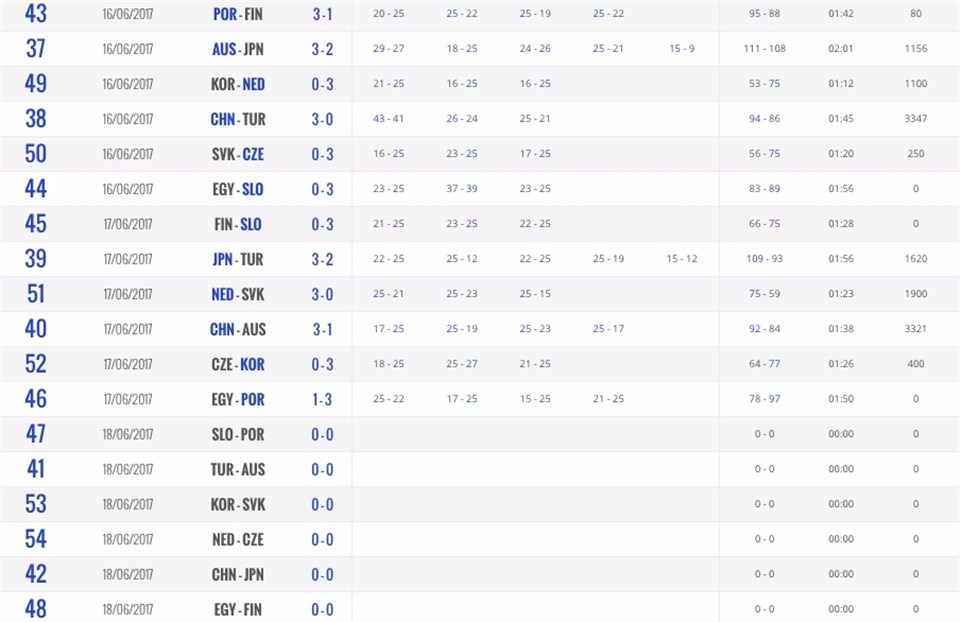 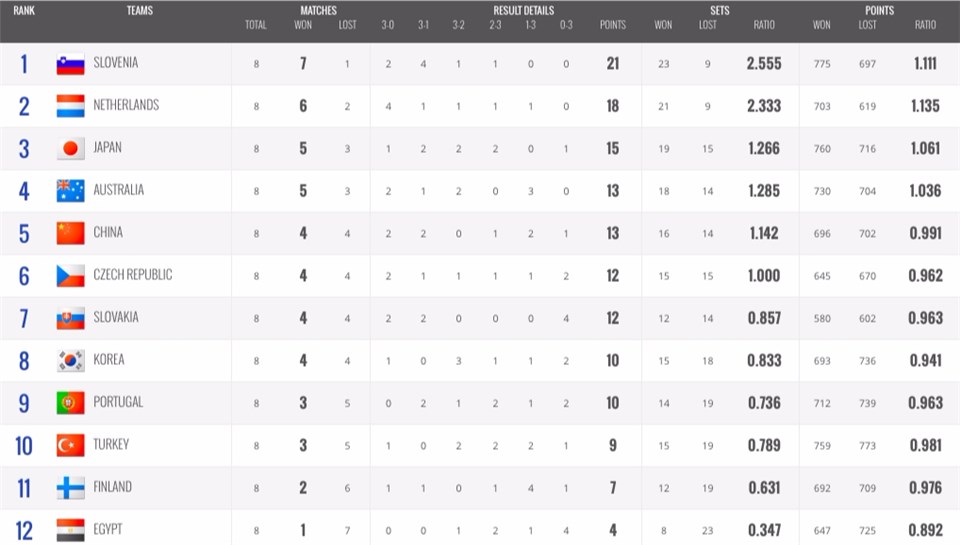 Group 2 preliminary round will also conclude on June 18. These fixtures will be held in Kunshan (China), Cairo (Egypt) and The Hague (Netherlands). 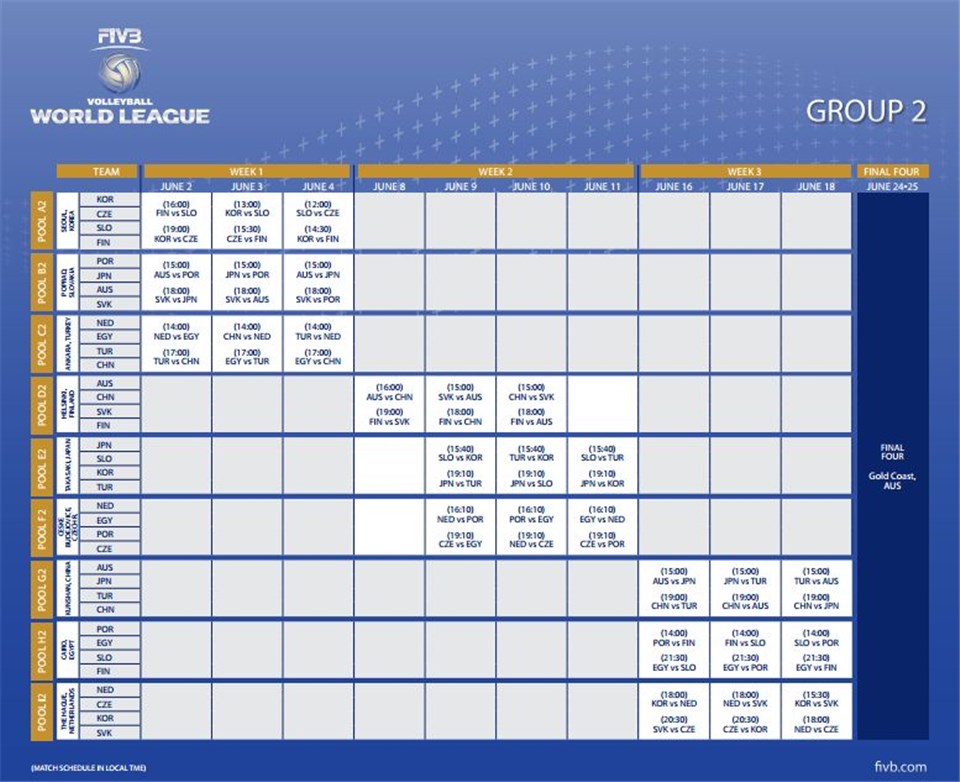 Spain and Estonia paved their way to the Group 3 Finals in Leon, Mexico, with easy victories over Germany and Mexico, respectively.

Spain had a sweet revenge over Germany in the first semifinal with a 3-0 triumph. During the preliminary round, Germany handed Spain its first ever defeat in the 2017 World League Group 3 competition.

In the second semifinal match, Estonia made a historic debut in the World League as they made it straight to the Group 3 Finals. The Estonians denied hosts Mexico of a home win in straight sets.

The Group 3 competition will conclude on June 18 in Leon, Mexico. 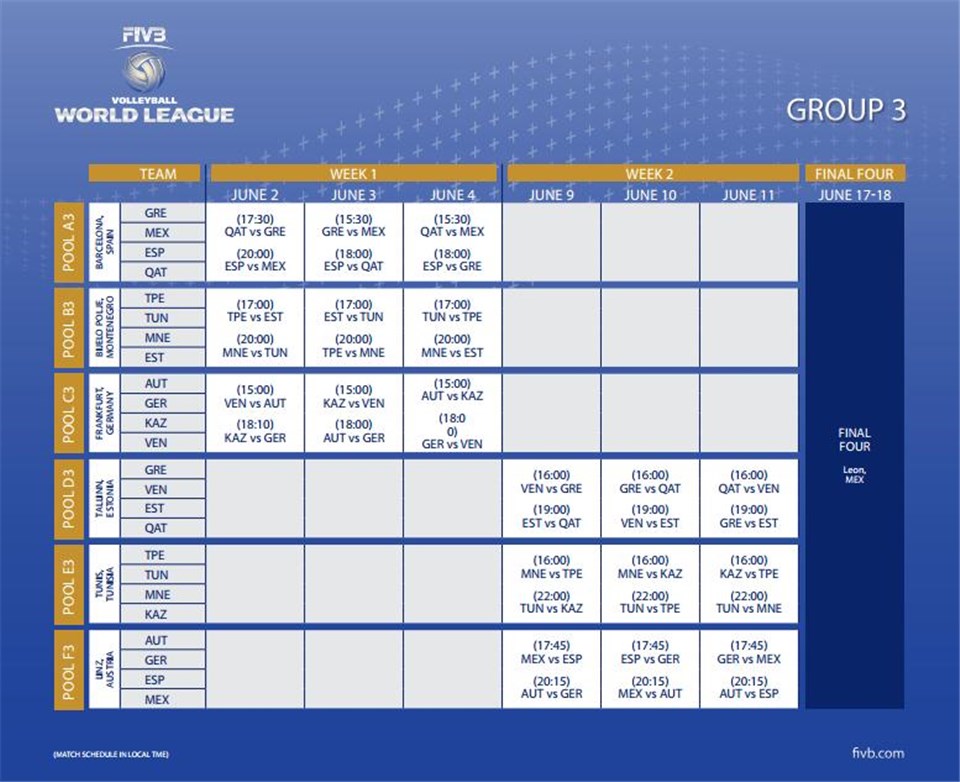